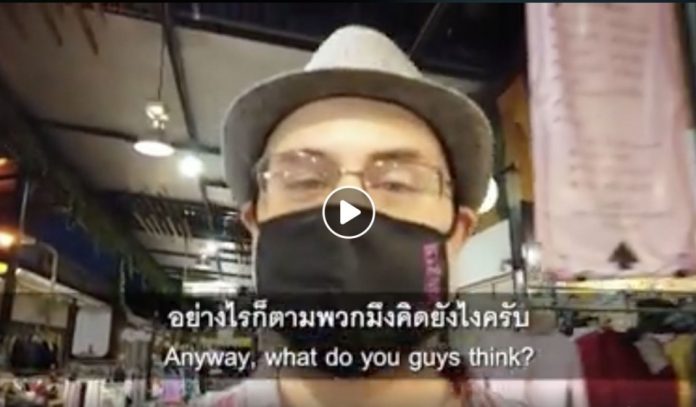 Browsing social media I came across the video (Below) of the man who went to the restaurant in Bangkok and filmed it as proof that they wouldn’t serve foreigners in their establishment.  The comments caught my attention, as everyone seemed to be truly upset about a restaurant that they would never likely eat in because it is in a 98% Thai area.

Firstly, if you had never planned on going, why do you care?  If you had reservations for next week that you had to cancel because of the pigment of your skin, sure, I can see being a little upset.  Just like it is anywhere else in the world, businesses have the right to refuse service to anyone and they likely don’t even have to give you a reason for their decision.

In this case, the gentlemen pushed his luck by asking for the owner’s phone number (as though that was somehow going to help).  What all of the complainers may be failing to realize is that many of our foreign owned bars and establishments don’t service Thais and nobody complains.  Aside from the local weed dealer and security, what Thai men have you ever seen having a grand-old-time on Walking Street?  Surely, if you want to complain about Thais not accepting Farangs, you should also complain about Farangs not accepting Thais.

People look for anything to be offended about these days when really, it’s like this.  We know that some places in Thailand have dual pricing for foreigners, we know that some restaurants won’t serve foreigners (This is no different than some Thai only bars), we know that Thai men aren’t allowed in a number of the discos and clubs on Walking Street (for some, Indians and Arabs are also on the “No Service” list).  We know all of these things, so, if you don’t like these things, GO HOME, Thailand isn’t for you.

You could literally give these people the world’s most beautiful secret garden and they would complain about the mosquitoes.

The next time an establishment won’t serve you, pop next door to one that will.  It’s not like they don’t all carry the same exact food at different prices.  Is it really that hard to remain flexible in life, without having to complain while doing it?  I’ll say it.  Some of you need an economy sized box of straws so that you can start “sucking it up” when you run into things that make your backside hurt.

The virus situation threw the world through a loop.  There are no doubt going to be restrictions/limitations as to who can and cannot go where.  The restaurant made it clear that the rules were due to the virus situation and that they were the decision of the owner.  To sit around and hassle the staff until they have to call security over to your table is uncalled for.  Stop being children and get your food somewhere else.

The best thing about the entire COVID situation?  It highlights the whiners, complainers and people that are just spiteful at life for whatever reason and let’s you block them.  This is and always will be Thailand (Thai’s First).  You are and forever will be a foreigner (You will never win against the Thais).  Some people out there have forgotten this, or feel like they need some kind of special treatment.  At least it is entertaining watching them go mad and spin their wheels.

Thailand is a very gracious host.  Foreigners get away with TONS of stuff in Thailand that they would never get away with anywhere else in the world.  It won’t kill us to get our Krapow from the next available restaurant to foreigners.

What are your thoughts on the situation?  Is it really that big of a deal?  To me it seems like people are going out of their way to make themselves upset.  Me?  I’ll just continue to use GRAB thanks.

Hiking and Trekking in Pattaya