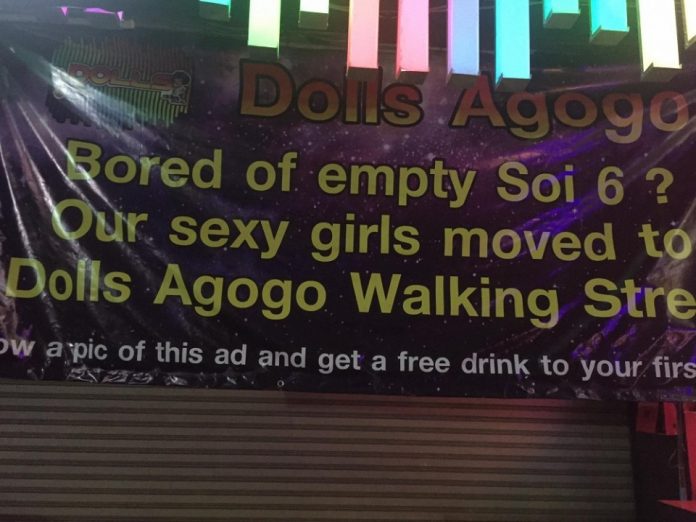 Recently I wrote about how I loved that Thais generally don’t slag off and attack each other about how others try and make money like I have seen with Westerners on social media recently. I have seen other bar owners and managers attacking people for having extra parties, gofundme pages, paypal links on live videos and lots of other things.  But that is a reflection of how they are. When times are tough, people should support each other,  there is one bar owner that is always attacking business owners acting like he’s on a crusade for customers, but that strategy doesn’t win, he’s been attacking our business model for years, but that’s what would save him, business owners are customers also, we are one together. Here was my post “two things I love about Thais”

In the last 7 days other bar/gogo owners have contacted me about police visiting them for reasons that just don’t make sense, such as noise, selling alcohol out of hours, generally doing what every other bar is in Pattaya, but at the end of that is someone complaining, usually a rival business owner, I am not going to point to business names or give anything away, I am privy to a lot of information and I like to keep it that way.

A flyer handed to our girls out the front of our bars, but likely a mistake as it was in another language or they were given the wrong flyers. 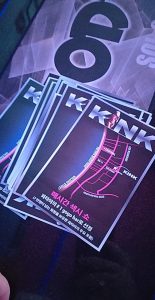 I have never seen so many bitter people attacking other businesses, either on social media or using police/immigration.  I have never heard criminal lawyers tell me about some of the crazy cases they have going on, more violent divorces (Thai women beating farang men up) according to another lawyer. Stress is getting high and people are getting desperate.

In the last two weeks, we have had people directly giving recruitment/promotion leaflets to our girls out the front of our bars on soi 6, we have never seen this happen. (two samples attached) We have had “rival” bars directly sending messages to our girls trying to recruit them, then saying let’s go to war if you want it to stop.

Another flyer handed to all our girls, strangely written in English 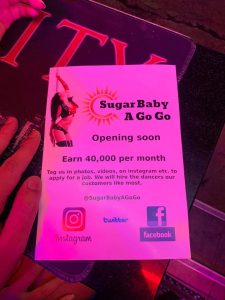 I am just thankful that our team are sticking together, some of our bars don’t get customers until 7 or 8 pm and guys are unable to spend much,  the only days that seem to be worth opening are Friday and Saturday night. Our sales are 10-20% of what they normally were pre COVID.  (bearing in mind we are paying less and half our bars are open) In fact, I would like to say Soi 6 Bar owners have been getting on very well and not causing problems.

We are seeing more bars closed, one bar owner was subletting bars within their bar and was taking rent but not paying the landlord, after 5-6 months the landlord had to throw them out, he’s a very good friend and he’s struggling himself.  I’ve heard a few night clubs and gogos are unable to pay salaries, I am hopeful everyone can get by until this madness ends, I really am rooting for everyone, even rivals,  we need everyone to survive and get past this.

At The Pattaya News we get lots of guys reporting crimes to us, which is great but we don’t make the news, we report it unless its some children in danger.  But I have seen so many people reporting bars to us, even our own bars, neighbours selling drugs,  we don’t get involved in any of that,  we only do news that has already been reported by someone else and the case has the correct paperwork for us to report. We get YouTubers reported to us, we get copied in with emails that are sent to soi 9, immigration and all sorts of other places.

The town is normally tough with people trying to screw others over, but I have never seen so many police/immigration complaints, even tonight as I wrote this, a gogo owner was having a problem from a rival.

The poaching, grassing, bitching will only worsen as businesses struggle for customers, luckily apart from a bit of poaching which is sorted now, we have been lucky. Yes, we get attacked on social media like everyone else, but its just ignorance and part of the way business is here,  but having the authorities called to your businesses is bad for everyone.

I could rant about how bad landlords are being for another page, but I don’t want to wind myself up.

2023 Thailand Bar and Entertainment Closures and No Booze Days

What to do if you have a bill issue or problem in Pattaya, Thailand

Thai Tourism Minister says 4 AM legal nightlife closings in tourist areas still on the table, to be discussed this week