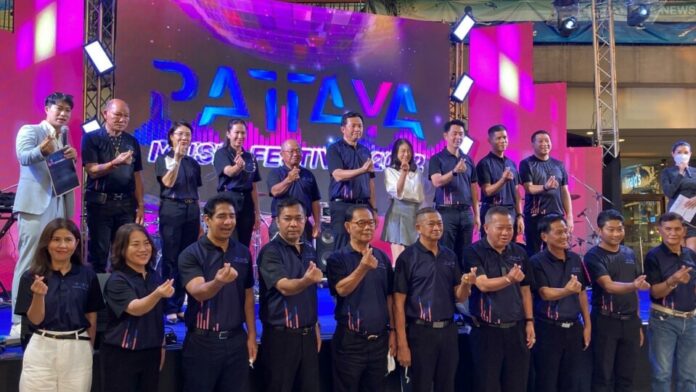 Pattaya mayor Poramese Ngampiches held a press conference on Tuesday, July 27th, to announce the upcoming Pattaya Music Festival 2022, which will rock the city every weekend throughout August.

According to the mayor, the city has invested over 20 million baht to make this project happen. There will be concerts scattered across the city every weekend to add atmosphere to the area. The second weekend (August 11th-12th) will feature one stage at Jomtien Beach.

The third weekend (August 19th-20th) will also feature one stage at Jomtien Beach, and the last weekend (August 26th-27th) will officially end the Pattaya Music Festival 2022 with two big stages at Central Pattaya and Koh Larn. 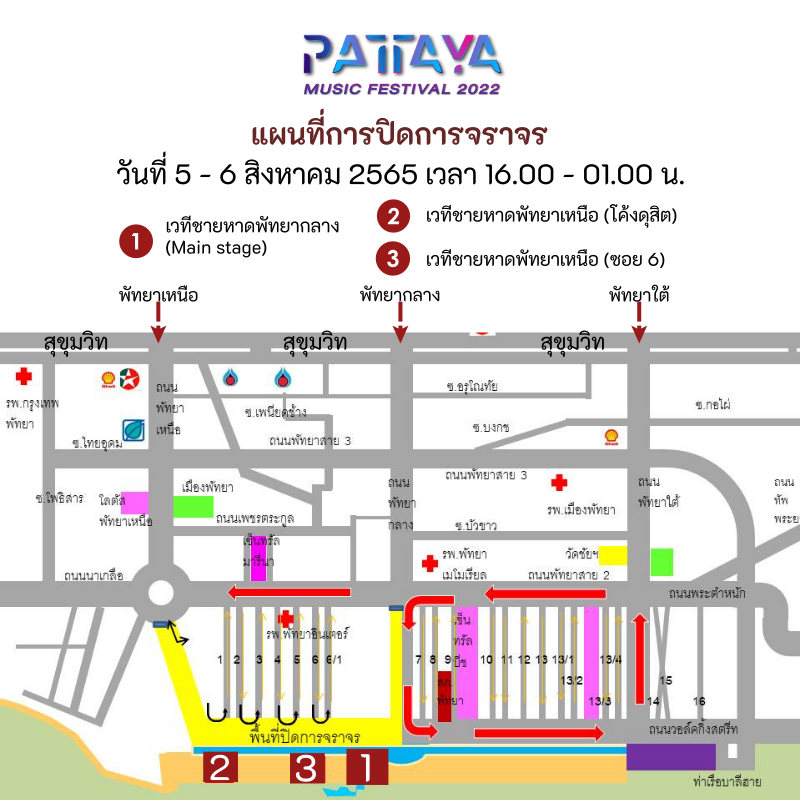 During the first weekend of the event (August 5th-6th), officials will enforce a road closure from 4 PM to 1 AM around Beach Road as indicated in the yellow area on the map. The officials apologize for the inconvenience.

According to the press conference, the event will also have Covid19 precautions, including spaced seating, required social distancing, vaccination proof required of at least two doses, and a mask requirement in concert zones.

Funtown amusement park in Pattaya is open for service!