First a preface. If you want to skip my rambling, scroll down to number 1.

I’m Adam Judd and the co-founder of Pattaya Unplugged and The Pattaya News. I recently wrote an opinion article that went viral, including being translated into several different languages on International websites (much to my surprise) about reasons why foreign tourists from countries like the UK, America, Australia, etc. had not been targeted as much in recent years as tourists from Asia and Eastern Europe. The article had a mixed reaction, which I expected, as nearly everyone based on their culture and upbringing is brought up to believe that their country or the way they do things is the “right” way.

That article can be found here: 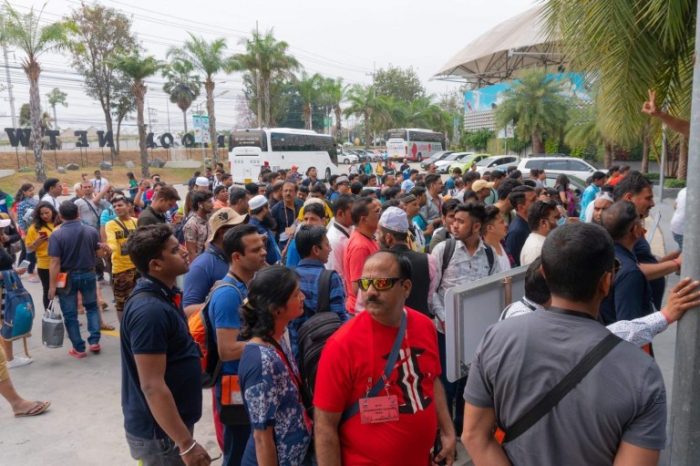 Ten reasons why Western foreign tourists are not wanted as badly by the Thai Tourism Ministry versus Indians, Chinese, Russians, Koreans, etc.

Some folks even claimed I was biased, or that because they didn’t act entitled, demanding or argue online it was impossible that someone else from their country could do so. Regardless of the feedback, I read all of it and it was sincerely appreciated. We are all human after all and we all have unique backgrounds and surroundings that influence us. Additionally, I one hundred percent agree that not including and also focusing on Western Foreigners will only cause harm to Thailand in the long run. I didn’t make that clear in the first article, but part of the reason was to make it crystal clear the reasons that interest had waned on most Western Foreigners. I didn’t put the list in any particular order, by the way but point 9, the volume of tourists and a capital turn-style revenue system based on mass quantity, not quality, is probably near the top of the list for a member of the Thai Tourism Authority vs. having to focus on a more demanding or particular customer who spends more.

One thing I am not, however, is biased or anti-white as one person even went as far to claim. Being American myself, and having many of the poor qualities and traits that I wrote about also, I can look at my own mistakes and see those in some others. I also see many poor qualities and traits in those from other countries, mostly cultural-based and also due to a lack of understanding of others. An example, commonly brought up, is in the West we are taught to take responsibility, apologize, excuse ourselves, hold doors, basic manners per se. You often see complaints online that Russians or Indians don’t do this and are therefore rude. It isn’t rude per se if they don’t grow up with that culture and have no understanding of it. In fact, Russian friends of mine say I’m too nice, smile too much (like many Americans), talk too much (I agree with this one, haha) and this is all a sign of weakness. Very different cultures.

I also strongly believe that a multinational approach to tourism in Thailand is needed, with a focus on both Asia and Eastern European counties as well as Western tourists. Our needs and wants differ greatly, as do our cultures, which I wrote about in both my previous article and my culture clash article but at the end of the day, I do believe there is room for everyone. That article can be found here: 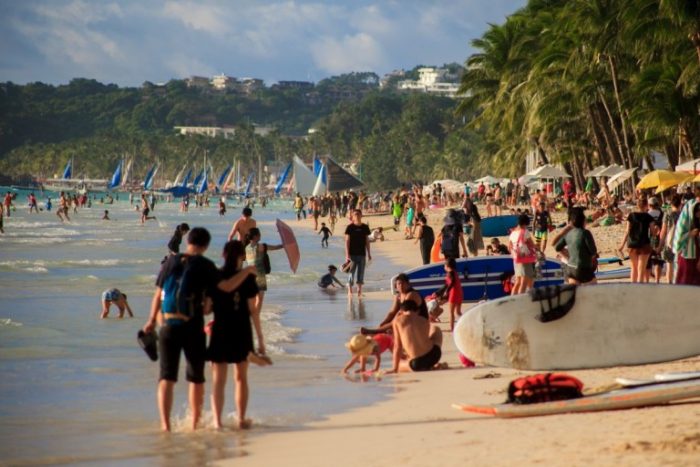 Culture Clash-Why Indians, Russians, Americans, etc. act the way they do in Pattaya

So, how can Thailand win Western Foreigners back to Thailand and gain new tourists from Western foreign countries? Well, first of all, a disclaimer…I am speaking generally here and not about current world events, like the Coronavirus. Secondly, I am referring to TOURIST’S, not expats. You often see on threads on forums and groups from primary expats claiming that changes to the retirement or family visa and making it harder to have more money in the bank or require medical insurance for a retirement visa will affect tourism. It will affect the long term expat and has made life significantly harder and more expensive, sure, but it is not a concern of the average one or two-week tourist and not something we will be discussing here. Keep that in mind here, we are focusing on the average tourist, not the long-staying retiree, expat education visa person, etc. Also, most of these reasons are general, not with specific action items. If interest continues I may write an article with specifics at a later date. As usual, this list is not in any particular order. Also, for my Thai friends, keep in mind I am not saying these items are NOT being done or have never been done, but merely need to continue being worked on and made more of a focus. This is by no means not a complete list, I can think of many more but have limited it to five for now. Finally, many of these steps are not easy things to do and some people feel it may be too late. I am an optimist and have hope for the future, though so here we go:

In business, one of the best things I was ever taught was “You see that customer walking through the door? Imagine they are wearing a sign around their neck. The sign says “I am important. Make me feel that way.” Everyone wants to feel valued and appreciated. I spent fifteen years in retail management and five years running a bar in the Pattaya area and felt I learned this rule fairly well. It is clear if you read any groups, forums, message boards etc. that most Western Foreigners don’t feel important and have not for a long time. As discussed in my previous blog, it’s critical for many Western Foreigners to feel valued and important vs. some other countries. If we don’t feel valued, we won’t come anymore. Unfortunately, that has happened to many Western tourists. This is a difficult step to take and involves actually throwing aspects of face out the window, listening sincerely to feedback and adapting. It’s not something that will change overnight.

Most Western foreigners care deeply about the environment and it is very important to us, especially for tourists. We come for the beauty, the mystique, nature and cultural experience that is different from our own. We don’t come here for polluted cities, waterways, landfills, streets, etc. We understand that other countries don’t have the resources that some Western Countries have but seeing that transparency and meaningful steps are being taken to address the problem is important. The work being done in Maya Bay is a great positive step forward, for instance, as is work being done on reducing the usage of plastic bags. However, the lack of a cohesive plan and continued seasonal pollution primarily due to burning of crops push Western foreign tourists away. It may not bother Asian tourists or those from countries with similar pollution problems but a quick review of many travels and discussion forums can show this has hurt the image of the beautiful country that is Thailand and needs to be made a priority, not just shoot water cannons at the sky or pray to rain gods to fix the problem.

3. Address and deal with the dual pricing issue

I have a confession…I personally am not that bothered by dual pricing. I do, however, understand why so many people are bothered by it and I believe it has hurt many tourist attractions vs. helped them, especially when popular travel blogs warn against places that adhere to this practice. I’m not going to get into a discussion on if the practice is racist, etc, but I will say there are better ways to deal with it. For instance, in Florida in America, we get discounts on state parks and Disney World, etc. However, it’s not because we are American but it is because we are state residents that pay tax, especially in regards to the parks, that go to their upkeep. In Thailand, it is often just because someone is not a foreigner. I understand personally why places do it, and as mentioned it doesn’t bother me a ton, but it does bother enough people that it has hurt Western tourism. As mentioned in my article on pushing foreigners away, it is often the principle of a situation, not the amount. It doesn’t matter that the difference is fifty baht to many people, it is the perceived insult. Giving a local tax paying citizen a discount is fine, but default dual pricing is not to most people.

4. Address the perception of value to coming to Thailand, including the strength of the baht

I believe that a major misconception is that everyone concerned with the strength of the baht is a so-called “Cheap Charlie” a person only concerned with price and very frugal. I believe this is very wrong. People, even those who live largely and spend big, want to feel valued and important (point number one) and the perception of value is more important than the actual value to many people. Despite what you read on certain social media groups, price is not the be all end all to every tourist. Feeling valued and important and being treated well, though, are almost universally accepted. If the Tourist Authority spent some of the time and energy they have on special promotions for Thai, Indian and Chinese nationals directed to Western foreigners, it would be a positive impact. No, this doesn’t mean we need one thousand baht vouchers to boost spending from the government like was suggested before. It does mean though that advertising and showing the value of coming to Thailand, especially from a country as far away as America or England, is worth the trip. This means being transparent and open about the strength of the baht and economy as well. It doesn’t mean everyone needs to be in a race to the bottom price-wise.

5. Continue to develop the transportation infrastructure and be transparent

The work being done on the Eastern Economic Corridor is impressive and I have a lot of optimism for the project for the future. The expansion of the U-Tapeo Airport, the new tollway going from Pattaya to Rayong, upcoming potential monorail and light speed rail projects, an airport in Hua Hin, etc. etc. are all great ways to bring people around the country better and more safely. Thailand’s road injuries and death statistics are, to say the least, dismal and many Western tourists don’t even trust taking private buses or minivans. I believe things are moving forward and have seen some major positive movements taken in regards to drunk driving control, etc.  However, incidents like the recent one in which two Russian Children died in Phuket during a speed boat accident, sixteen elderly tourists injured on a tour bus in the North or even a van with eight British tourists, one who is a good friend of mine, crashing outside of Pattaya all cause a negative impact. This is also not an easy point to address and is going to take some time but sincere and detailed focus needs to be made on all transportation drivers and captains of boats who transport tourists.

Thank you for reading. I am going to give some more detailed points in the next blog and also write a blog on ways Western Foreigners have been pushed away. See you guys soon, if you want to read my other blogs they can all be found here: