Pattaya is a beach town located about 150km south-east of Bangkok. There are several possible ways of travelling between Bangkok city and its two international airports to Pattaya. These include Air-conditioned busses, minivans, taxi meters and even long-duration trains.

Normal travelling time between Bangkok and Pattaya is between two to three hours and that will increase if you travel during peak rush hour, heavy rains or during national holidays such as New Year and Songkran (Thai New Year).

Suvarnabhumi is Bangkok’s main international airport and therefore the main entry point into Thailand by air. Getting to Pattaya from Suvarnabhumi airport is possible either by bus or by a private taxi.

Buses to Pattaya leave from the Level 1 Bus stop near gate 8. The trip costs 120 Baht
and should take around two hours to the northern Pattaya bus station.

A private taxi would be faster at about one and a half hours directly to your hotel in Pattaya and would cost upwards of 1050 Baht plus 60 Baht for tollways (might even be higher if you use Meter).

Returning from Pattaya on the same route would cost the same from the northern bus station. 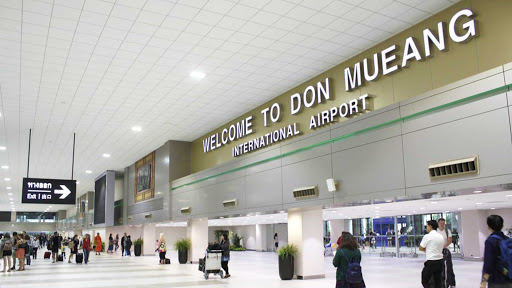 Don Muang is Bangkok’s older airport and now serves mainly the low-cost flights to and from Bangkok. Getting from Don-Muang to Pattaya is not difficult but not as straight forward as from Suvarnabhumi airport because there isn’t a direct bus to Pattaya.

Instead, a private taxi could be arranged and it would cost a bit more than from Suvarnabhumi and might take a bit more time.

A cheaper way exists and it involves taking the A1 shuttle from Suvarnabhumi to Mo Chit station then taking the bus directly to Pattaya. Buses leave every 30 minutes from Mo Chit station to Pattaya between 4:30-22:00 and cost about 150 Baht. Duration of the trip is about 2.5-3 hours and more during peak rush hour.

Taxis can be arranged at any time. Private Limousine service with occasional promotions can also be pre-booked if you prefer to have your transfer ready and waiting for you hassle-free. Such services leave from Suvarnabhumi or Don Muang airports and vary in cost depending on your booked vehicle and number of passengers
travelling with you.

These bookings can be done online directly at the companies themselves on
sites such as http://www.cherrytaxiservice.com/ and promotion prices at
https://www.limousine.in.th/, for example, today a Toyota Camry style car would cost 1500 Baht for 1-2 persons or an SUV (Toyota or Mitsubishi) would cost 1700 Baht, a Private Toyota VIP minibus suitable for up to 7 passengers would cost 2200 Baht and a Mercedes E240 (from W210 series) for up to two passengers would be 3300 Baht.

Minivans from the Ekkamai Eastern bus station (where direct buses to Pattaya are also available for only 160 Baht) and from the 12Go Makkasan station will generally
drop off their passengers at the Pattaya northern bus station, Terminal 21, Central festival Beach road or Jomtien beach.

Coming back from Pattaya to Bangkok and the airport can be done all day long either by a bus from Pattaya northern bus station, Thepprasit bus terminal or any of the Mini-Vans drop off points.

Minivans can be booked from any tour agency as well. Private taxis can be booked at any travel agency or taxi stands on the main street (most are on Second Rd. near Central Festival) with fares starting at 800 Baht.

To sum it up, private taxi or pre-booked limousine is the fastest ways to get to Pattaya but are the most expensive though they are available 24 hours a day. Buses are safer and have a fixed schedule and are the cheapest but can take some more time. Mini-vans are roughly in the middle in terms of flexibility and speed but cost a bit more than the buses and some would say have some safety issues related to some of the drivers of the vans. Bottom line is, if you have time, take the bus if you have money and short on time, take a taxi – either way enjoy your holiday in the Land of Smiles.

Mr. Human Butt is arriving soon at the airport…