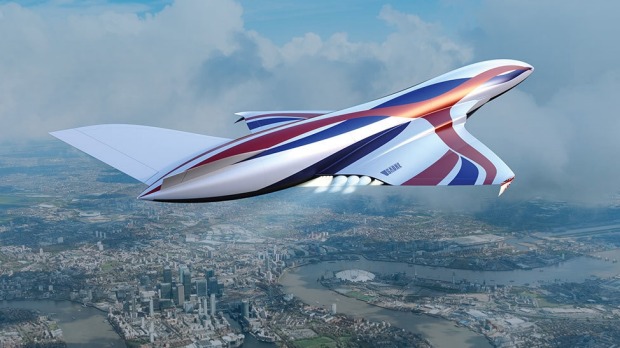 The plane’s Synergetic Air-Breathing Rocket Engine (Sabre) uses super-cooled helium and the engine runs on hydrogen/oxygen which is far cleaner and inexpensive than the current propellants used in flights.

Test flights are scheduled to begin by around 2025 and the British Government, Rolls-Royce, BA Systems and Boeing have each invested $US60 million into the project. Long flight times could soon be a thing of the past and tourists to Bangkok from Sydney, Australia could be looking at flight times reduced from around 10 hours to about 1 hour and 10 minutes. UK tourists could see their flight times reduced from 11 hours and 15 minutes to close to 1 hour and 30 minutes and tourists from California in America could arrive in Bangkok in about 2 to 2 and a half hours.

With flight times like these, you could essentially plan weekend trips to Pattaya instead of waiting and coming back when you’ve saved enough holiday time at work. Here’s hoping to the successful completion of the hypersonic engine!