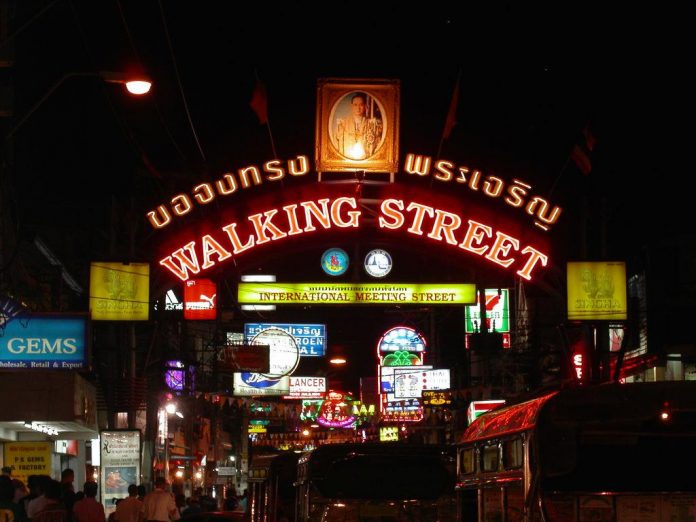 Everyone has seen the newscasts of Pattaya police going around and “cleaning up” the public areas in town by removing anything that they consider to be “encroaching” on the areas.  It also seems like every year when you see these articles, the topic of Walking Street comes up.

Nobody seems to know for certain what the legality is of the bars on the beachside of Walking Street.  As anyone who has been down the street knows, the beachside consists of 50% or more of Pattaya’s famous gogo bars and night clubs.

Illegal Structures That Have Been Removed

Bali Hai Sunset Restaurant was ordered to be removed in 2016 for being built almost entirely on public land.  This called into question the legality of Walking Street bars as it was located on the beachside as well, just further down near the Bali Hai lighthouse.

An illegally built scenic pool at The Golden Cliff House Hotel had to be removed from the beach in 2016 after officials inspected the hotel and found that some structures, including the 26 X 30-metre pool were built without the permission of the Marine Department.

In 2016 a large section of Bali Hai Plaza was ordered to be demolished that was encroaching on and built over the canal.  This included a section of Pattaya’s reputable Mixx Disco being removed.

Pratumnak Hill and Big Buddha Hill both underwent heavy demolitions of illegal structures that were considered to be encroaching on public land back in October of 2017.  Police are still occasionally on the hill removing lean-to style huts and illegally built structures.

In 2018 approximately 29 businesses that were set up along Nai Thon Beach in Phuket were removed or demolished by members of the Royal Thai Navy in an operation to remove businesses from public lands.

In November 2019, officials ordered the demolition of several buildings that are a part of the Sukhawadee House, a luxury beach-front mansion and tourist attraction in Pattaya.  The owner was ordered to remove a kitchen and two other buildings that are encroaching on public land as well as causing flooding.  There is also an 80 Rai plot of land that the house is built on that is considered public land due to being reclaimed by the sea.  This is an ongoing matter.

There have been several orders to remove several man-made concrete platforms located in Nakhon Si Thammarat that were encroaching the waterfall and stream area this year (2019).  The platforms were illegally poured in an effort to provide space for riverside restaurants.

What Does This Mean For Walking Street

Ultimately the fate of Walking Street remains to be determined.  Don’t be shocked or surprised though, if with all of the “cleaning up” that Thailand has started to do again this year, it becomes a topic of discussion again.

There have been so many discussions as to what the eventual fate of Walking Street will be from simply removing any bars deemed to be on public lands to potentially relocating them.  There was even a plan put forth at one time that showed the famous nightlife street becoming a type of promenade (see photo below). Another idea brought up is to potentially build a lagoon and manmade beach around Walking Street which makes the area legal and non encroaching and was, in the past, the most popular option discussed. Finally, it has also been discussed to remove the largest encroachers, businesses that have built piers over the ocean for instance, and install a small beach behind the remainder, which would be a plan that would fit both sides.

Or, of course, it could just continue in it’s current form for years and years to come and be determined that the risks offset the gains of “following the law.” 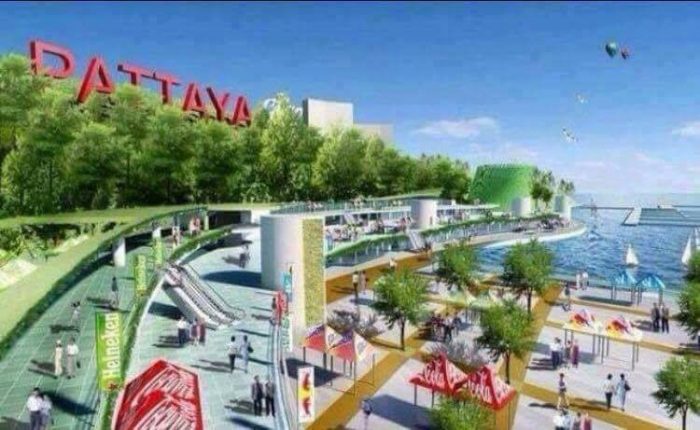 What Are Your Thoughts?

It will be interesting to see what happens as the police continue to hone-in on illegally built structures and those encroaching on Public lands for sure.  What are your thoughts?  Do you ever think we will lose 50% of Walking Street?  If we do, what effect will it have on Pattaya as a whole?

What I have learned from the Coronavirus Outbreak of 2020 By: Adam Judd