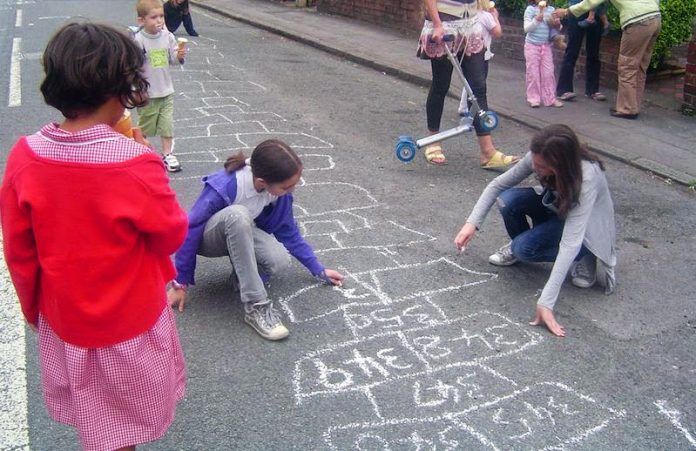 Growing up in the ’80s in America, my brothers and I had common courtesies beaten into us by the parentals. Things like holding doors for people (not just women, but anyone who happened to be headed to the door at the same time as you), saying good morning, good evening and good night to everyone you came in contact with, and even so much as just smiling at other people as you went about your day to day business were ingrained in us from a very young age. We also had to say Sir and Maam when we were given an order by mom and dad. 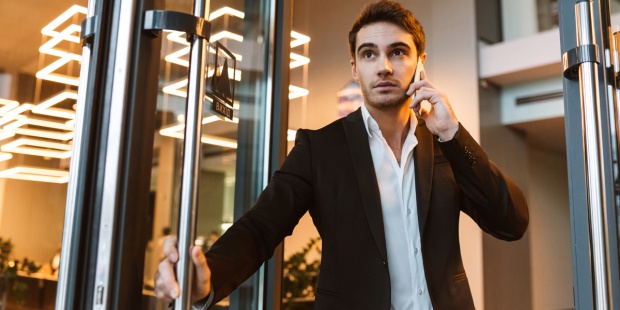 Fast forward to today in America and the scene has changed a bit. Not only do people not make it a habit of doing the things above, but they don’t even teach their children the importance of it. Nobody smiles at strangers passing by. Hell, you’d be lucky to even catch someone’s eye and so much as a nod unless they are pissed off at you for some reason and if you are a little old school too and expect that someone will hold a door for you, you are doomed to be disappointed.

In the ’80s we played outside. That’s right, we ran around and tore up the neighbourhood or ventured off into the woods by ourselves to find a dragon. Whatever adventure we decided to have that day, the range of dad’s whistle was our oyster (dad had a very loud whistle that we have literally heard across a professional baseball stadium during the 9th inning of a bases-loaded, tied up game). When dad whistled, it was time to come home, no matter what you were doing. You better not make him have to come to find you either because that means you went outside of the allowed range and you were in deep shit. 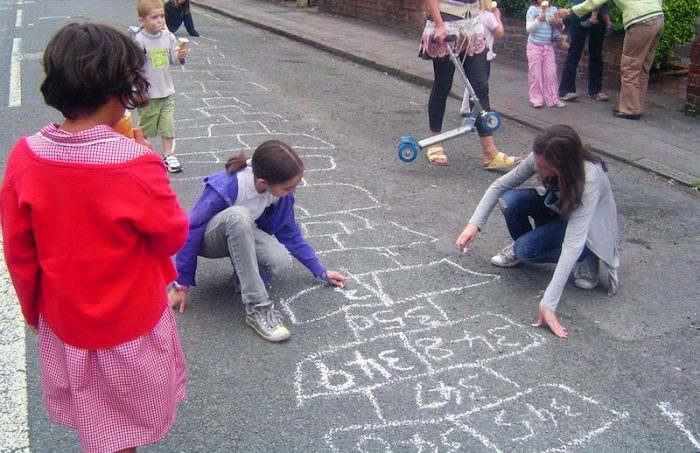 Today, no kids are outside unless it is in a 15-foot-high fenced in yard. There are only so many things that you can do to have fun in a 60 x 60 foot square of space. Most of the time they aren’t even outside in that situation. Most people in America are not outside for longer than it takes to get from point A to point B (unless you are an outdoorsman because you are old-school like me too).

I thought the ’80s had died; Until I moved to Pattaya. One of the first things that you notice upon arriving is that everyone you meet greets you with a smile and a friendly “Sawadee” and a “Wai” (a wai is when they put their hands together and nod their head). This is the normal practice whenever you see someone, or when you say goodbye, much like the courteous greetings and farewells you would give back in the ’80s. Even Ronald McDonald knows the deal… 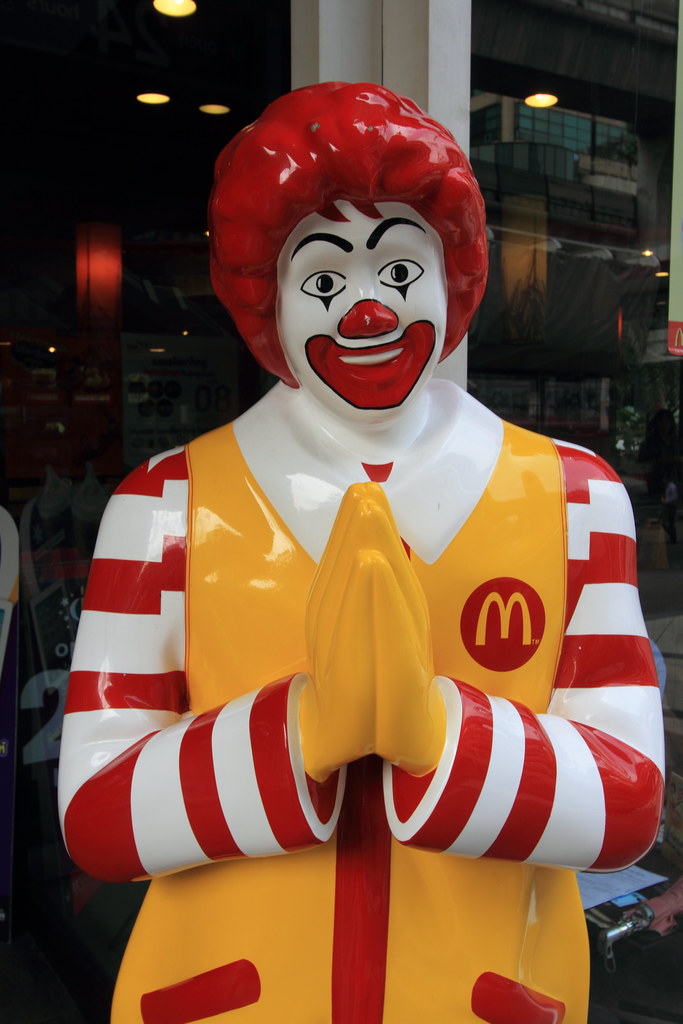 In general, most people in Thailand (who aren’t on their phone, but that is a global pandemic) will treat you with warm hospitality unless you give them a reason not to. There are some people who may have gotten a bad taste for farangs (foreigners) in their mouths due to bad experiences with them in the past, but on the whole, most Thais were raised to be warm and welcoming.

Kids in Thailand do almost nothing but play outside. When they aren’t in school because of weekends or holidays, they are out having adventures of their own with the neighbourhood children in their area. Thailand is a little different to my growing up however because most of them don’t really have a “play radius” once they are a certain age. It is actually common to see 13 and 14 year-olds riding around on motorbikes, far before they can actually have a license.

It is understandably strange for westerners to see a Thai kid on a motorcycle (you’d be stopped with the quickness anywhere in the western world). What you have to understand is that for many of these families that allow it, that child is their lifeline. Mom and dad in these cases are generally older and sometimes handicapped or disabled and are unable to go out and do the errands for the family. Thai children are raised knowing that one day they will have to take care of mom and dad, so that is what they do. Thai police also take this into account which is why many kids who get caught driving on motorbikes are released with a warning (which drives some people crazy).

Thais are never relieved of their responsibility to take care of their parents until mom and dad are no longer living. They will do what they can to ensure that mom and dad are fed and clothed and housed, even if it means they have to go without or live on less. Mom and dad took care of them, so the care must be given back in return when they cannot do it alone.

It is important for us, both visitors and people that live here, to act and behave in a way that is respectful of the Thai culture and the people. Far too many foreigners come to Thailand with the thought that they are somehow better than the Thais because of where they are from. This is exactly the reason that there are some Thai people who despise foreigners outright, but their walls can be broken down with a little genuine kindness, respect, and common courtesy.

Case in point: I moved to a new neighbourhood in the Arunotai area of Pattaya and there was an elderly one-legged Thai man whose house I would have to drive by every day. It was clear from the looks he gave me that he absolutely hated farangs in his neighbourhood. I say his neighbourhood because in almost every Thai neighbourhood there are one or two old people that act like “elders” who are very well respected in the community. He was one of them.

For about the first 6-months I got nothing from the old man but harsh stares and glares every time I rode by his place. That being so, I did what most people did, and I gave him the same stares he gave me (not the right way to be at all). We had a secret hatred for each other but we’d never said a word to one another.

After about the 6-month mark, there were a few times I’d drive by and he wouldn’t be parked in his usual chair for me to glare at. After about a week of not seeing him, I realized that I was kind of sad not driving by and seeing him sat there. I found out from the small convenience store owner in the area that he had been really sick and had not been outside because he was back and forth to the hospital.

Another week passed with no old man. I set it in my mind then that the next time that I saw him, I’d smile instead of a grimace. Nearly a month went by, however, and there was no old man outside. You can imagine how excited I was when I pulled up one day and there he was, sitting there, looking mean as ever. I rode by and smiled at him and nodded my head even though it was met with nothing but hate from his side.

From that point on, whenever I rode by, I smiled and lo and behold after about 2-months, I nearly fell off my bike when I got a nod in return. His eyes were softer and still had plenty of mistrust in them, but I got a nod. It was at that point I made it a priority to break through his wall. He had no reason to hate me, I had no reason to hate him, so it needed to be fixed.

It took me another 2-months before I actually got him to crack a smile in my direction. After 3-months he started waving as I passed and smiling. On about the 3.5-month mark I was driving by and he stood up and stopped me. To say I was shocked that the man spoke really decent English is the understatement of the year. I was flabbergasted. He introduced himself and told my girlfriend that he wanted to give us some lucky flowers from his garden.

From that point on, every time I had to go past his place I would look for him to see if we could have a little conversation. We ended up becoming friends and all it took was me being determined to get it through to him somehow that I was not like the farangs that had made him hate us before (his English skills said that he definitely had some experience with us before at some point).

The power of a simple smile can go a long way here in Thailand. If I had to compare Thailand to something from the western world, it would be that Thailand is the same, but better than growing up in America in the ’80s.

If you live here, you should at least make the effort to be friendly to the locals. They are gracious hosts and in a way, far better than us in the morals and kindness arena. If you grew up in the ’80s and feel the same way that I do, you should definitely put Thailand at the top of your “potential places to move to” list. You may not need to go anywhere else, like ever.