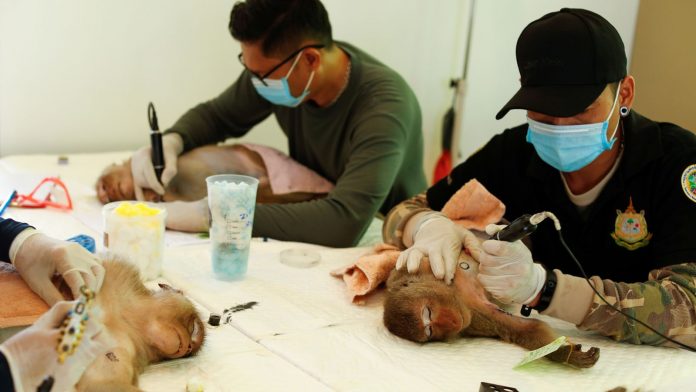 With no tourists around to provide them food, Thailand’s macaque monkeys are causing issues throughout Lopburi city. Thailand is now in the process of sterilizing hundreds of the trouble causing monkeys.

With the COVID-19 pandemic, the monkeys have not had tourists around to provide them with the food that they are used to. This has caused the monkeys to wreak havoc throughout the city in search for food, even so much as snatching the little sour milk drinks right from the hands of Thais.

The city of Lopburi is about 150km northeast of Bangkok and is home to around 2,000 of the long-tailed macaques. The monkeys have nothing but time to reproduce and terrorize the city’s 760k residents.

Big crate traps with food have been placed around the city with a smorgasbord of monkey treats to capture the animals for sterilization. Each monkey is given a unique identifying number that is tattooed on their skin. 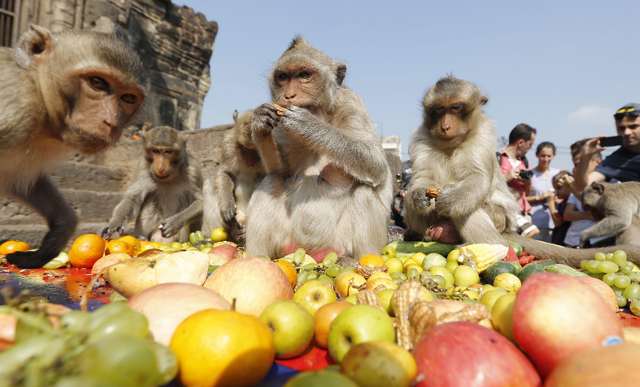 Lopburi is home to Thailand’s Monkey Festival. An event where Thais and tourists alike provide hundreds of pounds of fruit “buffet style” to the monkeys as a way to thank them for drawing tourism to the area. Without the tourists, the monkeys have gotten out of hand, hopefully Thailand’s plan to decrease the population helps a little bit.

Thailand is not the only place in the world that is seeing heightened numbers of animals. Throughout the world places are reporting increased sea life, mountain goats rampaging towns, sea turtles on the rise. Mother Nature came back with a vengeance while we have all been locked away.