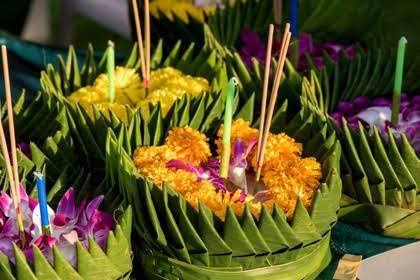 It is that time of year again everyone.  The picturesque festival of lights and lanterns “Loy Krathong” happens on Monday, Nov 11th.  Here are some commonly asked questions about the holiday:

Q: What is Loy Krathong?

A:  Loy Krathong is a festival that is used for washing away the bad things you did the previous year and starting from scratch.  During the festival, Thais will take Krathongs (a piece of a banana trunk that is decorated with flowers) and will float them in the river to ask forgiveness for any wrongdoings that they may have been guilty of and to make wishes for a happy and fortunate year to come.  The Krathongs are decorated with flowers and candles that are then floated beautifully out onto the river or lake or even beach with hopes that the wishes will be heard by the water goddess Pra Mae Kongka.  Krathongs are not the only floating source of light, however.  In some places (not Pattaya typically thanks to police snatching them up) the skies will be filled with floating lights from paper lanterns.

Q: Where can I get a Krathong?

A:  They will be hard to miss when the day arrives.  There will be many vendors walking around selling pre-made Krathongs, or you can head down to Wat Chai Mongkhon Market right across the street from Wat Chai (temple just before the corner of Pattaya Tai and 2nd Road) and buy everything you need to make your own.  Many Thais believe in making their own Krathong (though getting the balance down so that it actually floats is quite tricky sometimes).  Almost every supermarket will also have some version of a Krathong for sale as well.

Q:  What bodies of water do people in Pattaya float their Krathongs?

A:  Honestly, EVERYWHERE!  If there is a body of water, it will have lights floating around.  Pattaya Beach and Lake Mabprachan (on the dark side) are two of the main places to send your floats out in Pattaya but we have even seen Krathongs floating in smaller ponds in residential areas and even one time in a large swimming pool. 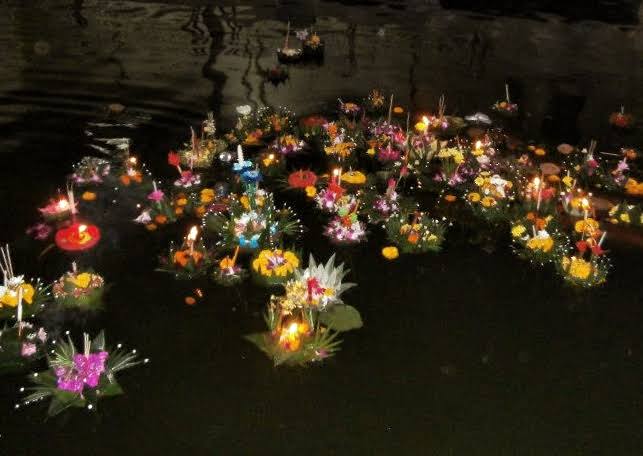 The Krathong consists of more than just a banana trunk, some flowers and a candle.  Each of them will contain certain symbolic items as offerings for certain blessings.

The Candle:  Symbolizes wisdom and knowledge.

The Coins:  To bring wealth and to pay for your sins.

The Incense: A symbol of sympathy and purity.

The Flowers:  To worship the monks in the service of Buddha.

Sometimes personal items are also added to the Krathong in order to shed the bad deeds from the previous year.

Wherever you choose to celebrate your Loy Krathong holiday, we hope that it is an event to remember and that you receive all the blessings and good fortune that you ask for in abundance.  We will see you down at the water!