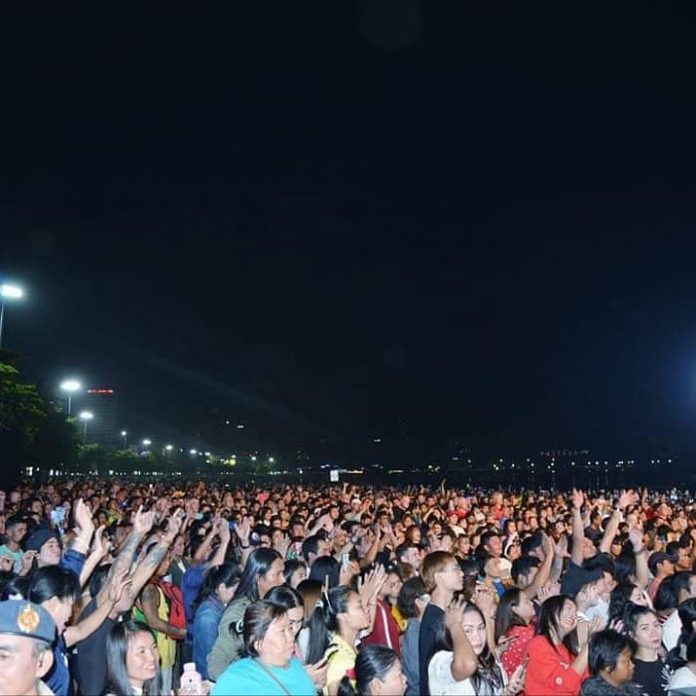 Despite what the “sky is falling” types would have you believe, Pattaya was bustling for Loy Krathong last night.  Thousands of Thai nationals, tourists and expats made their way to Beach Road to wish away the sins of the year. 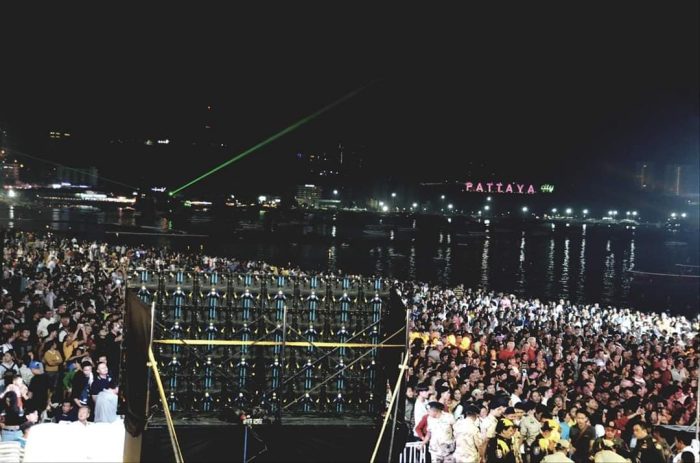 Krathong vendors were set up all along the road with many different kinds of krathongs to choose from.  This year saw many more “biodegradable” and food-based krathongs compared to previous years.

Police were out enforcing this year’s rule about no fireworks or lanterns.  While the rule upsets some people, most realize that the hot air powered paper lanterns are a fire hazard and due to the winds coming off of the gulf they are typically blown directly into the buildings and residences across from the beach. 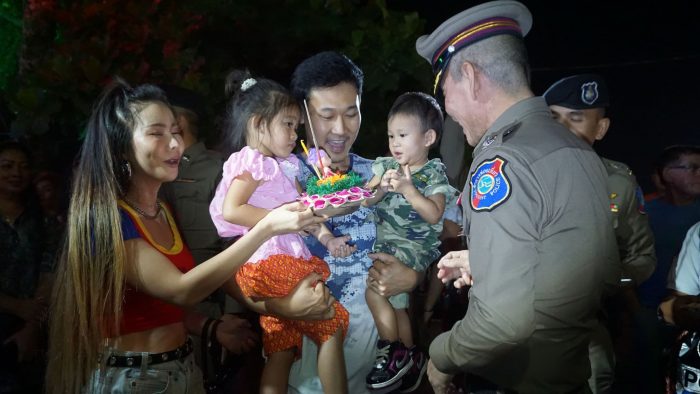 Even without fireworks or lanterns, the beach was abuzz with the police also stopping for random photo opportunities and meeting and greeting with tourists and families.  They were even handing out krathongs to people.  Visitors also were entertained with multiple concerts from popular Thai artists.

This year Thailand as a whole was trying to reduce the amount of waste in the water that Loy Krathong causes.  Families were asked to float one krathong for the whole family as opposed to floating one per person.  It is good to note that there is an entire team who goes out the day after the celebration to clear the waterways of Loy Krathong debris.

We were glad to see the healthy turnout at the beach this year and hope that everyone receives the blessings that they wished for in the year to come.