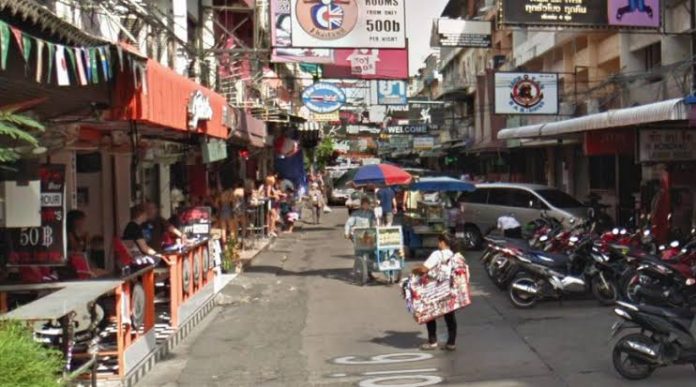 So there I was…  No really, that’s how the story should start, because the ending isn’t very good at all.  Let me start by saying, I am a gentleman who is respectful of bar girls normally and I definitely never leave one longing for money.

So instead of doing the old “root around in the mud” thing, I decided that I would maybe try to settle down with one of my normal girls who seemed really keen on the idea.  The plan was for her to quit working at the bar and move in with me and we’d see how things progressed.

Things were great for, oh, about the first 72 hours.  It seems like this is about how long it takes for their “party bug” to kick in and have them begging to be back out on the beat dancing with their friends.  Being that I had decided to settle down a little bit and I figured she is still a young girl and needs to hang out with her friends, so, like a dumbass, I agree.

Several months following my agreeing to let her go out with friends and have fun and I’m spoiling her rotten (I treat any woman I’m dating like a Queen).  Things seem to be going great and wouldn’t ya know it, Christmas is right around the corner.  She was still going out about every other night as well.

Christmas day arrives and me being me, I already went and got her the new iPhone 11 Pro Max. We have just finished a lovely breakfast and things are seeming pretty picturesque until the phone rings, well, a phone rings.  I could see what looked like a brief flash of terror cross her face as a phone began ringing from across the room when both her old phone and new phone were sitting on the table.  My phone was in my pocket, so what the hell was ringing?

I stood and went to look for the ringing sound and she jumped up first and ran to her backpack where she quickly made the other phone stop ringing.  I asked her why she needed 3 phones and before she could respond, the phone rang again.  I told her to go ahead and answer it if it was important and I shit you not, she pulled out an identical iPhone 11 Pro Max to the one I had just gotten her.  When you spend 40 something thousand baht on a new phone for a girl and then she produces one from her backpack, it leaves you looking like a magician just pulled a rabbit from his hat.  To say I was confused is the understatement of the year.

Someone had some questions to answer.  If I’ve been providing for you for nearly 6 months now, how is it that I was unaware you got a new phone already?  We went back and forth for what seemed like hours with her spewing nothing but lies before she finally got to the truth.  She knew she was going to get sent right back to the bar.

Turns out all those nights that she went out and partied with friends and came back all sweaty from “dancing” she was actually out getting moustache and other sorts of rides from some other well to do foreigner on top of staying with me.  She had been working us both for an iPhone and was shocked when she got one from both of us.

Needless to say, the gig was up.  I’m not the type to sit around while someone else takes advantage of me, especially knowing that if you are out screwing around with other “randoms” you could very well bring me back a present that I don’t really want to have.

She was sent back to the bar where she belongs to live happily ever after, or whatever you would call the ending to that story and I now have a new iPhone 11 Pro Max (didn’t figure she needed two of them).  I suppose the old saying is correct about not being able to turn a ho into a housewife.  I have since decided that settling down is no longer a viable option.  Bar girls are not mature enough to be able to look past a “wad of cash” opportunity.  They offer a service, you get a service and if you expect anything real and true and with longevity, you are only fooling yourself.

The best thing you can do for yourself is to not become a sponsor, spouse or significant other.  Understand that the girl is working and often times puts on an Academy Award-winning performance so that you feel the way she knows you want to feel.  If she’s in the bar, leave her there unless you want to blow tons of cash on an ungrateful cheat.