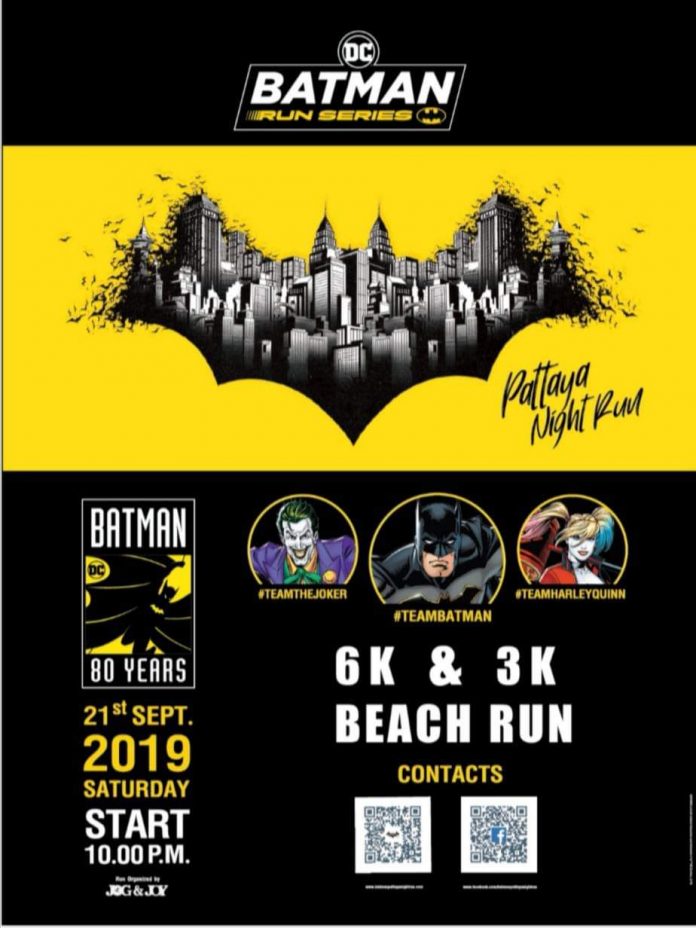 The 80 years of Batman Pattaya Night Run will be held next month at Terminal 21 Pattaya and Pattaya Beach.

The event was officially revealed yesterday at the Pattaya City Hall and the meeting was led by Pattaya Deputy Mayor Ronnakit Eakkasing.

The event will be held on Saturday September 21 from 10PM to midnight at Terminal 21 Pattaya and Pattaya Beach. Temporary Road closures and delays are expected during the hours of the run.

The event is aimed to encourage people to do exercise and support sports tourism in Pattaya.

The theme is ‘Batman’ which is one of the top on the list of super heroes for many people. The event is to celebrate the 80 years anniversary of Batman.

Many countries around the world will celebrate the Batman Run Series on the same day, September 21.

For those who reach the finish line in the first, second and third place they will be getting a special trophy. There are a total of 30 trophies in various categories.

There will also be a Fancy Dress Contest and a chance to win 10,000 baht. Just put your best costume on and transform into your favorite character. There will be three main teams, Batman, Joker and Harley Quinn.

For those who are interested to join the event please visit https://batmanpattayanightrun.com/ or
https://www.facebook.com/BatmanPattayaNightRun/

The registration is available until the end of this month.

Thank you for helping the community with donations

No Plans to Cancel Songkran Festival