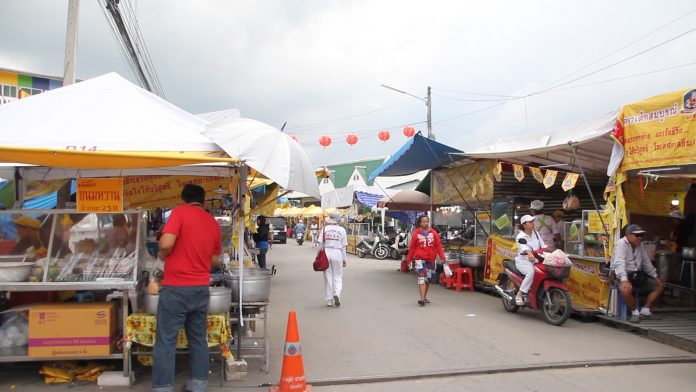 Vegetarian food is not popular this year according to many local vendors who spoke to The Pattaya News and Pattaya Unplugged this week.

Today, October 7th, 2019 is the last day of the vegetarian festival. Thais and foreigners were buying vegetarian food in front of Sawang Boriboon Thammasathan Foundation in Naklua.

Many people were buying vegetarian food. Many sellers said they have sold out food everyday but they said the festival was not very popular like before in prior years.

The festival, which coincided with Golden Week in China, has long been a fixture in Pattaya. The vendors said although plenty of tourists, domestic and foreign came, their sales were less then the prior years and there seemed to be a lack of interest around eating vegetarian food.

The vendors that spoke to the press didn’t blame foreign tourism for the lack of interest, as the festival has always traditionally been primarily attended by Thais but rather an overall diminished interest in vegetarian food overall.