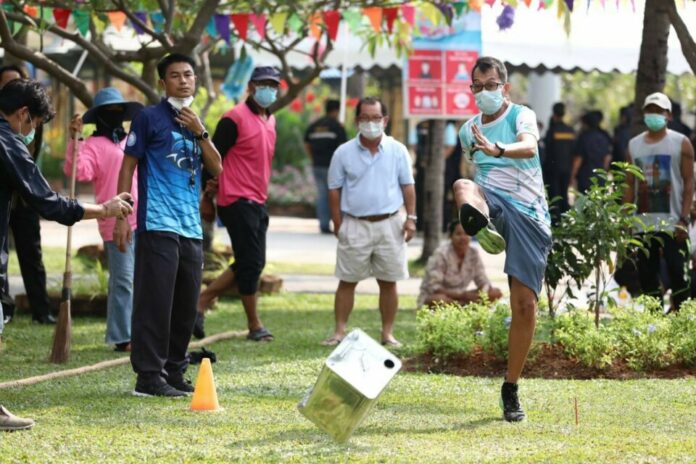 Note: This article was originally published on our sister site, The Pattaya news, here. It is reprinted with permission.

First, we did an article about a similar Khong Khaw (rice) festival in Sri Racha which took place Thursday, April 20th. Have a look as a reference.

During Songkran/Thai New Year, Khong Khaw, or the rice festival is considered one of many unique and traditional activities besides water-splashing.

Although it had been postponed for several years with the last one happening in April of 2019 due to Covid-19, this year 2022, the Khong Khaw festival, fortunately, returned in several parts of Chonburi despite the continual ban on water-play and most well-known Songkran activities due to ongoing Covid-19 concerns.

As well as in Pattaya yesterday, April 20th, the Khong Khaw festival made a comeback at Lan Pho Park, Naklua Park, and Wat Nong Yai. The following are some of the photos of what the atmosphere looks like after it has been gone for years as many local residents came out and had a great time with sports, cultural events, music, and food.

Show proof of your stay in Pattaya and get a free 100 baht cash voucher at Central Pattaya mall now!