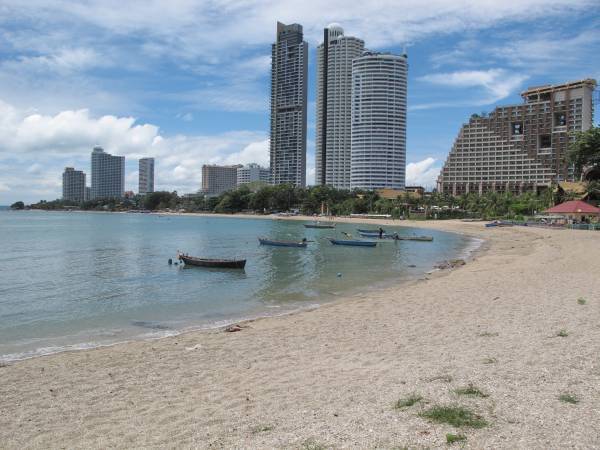 Disclaimer:  This is a reader submission. Opinions and beliefs reflected within this article are NOT those of Pattaya Unplugged and are based solely on the opinions and feelings of the Author.

Everyone is freaking out about the Coronavirus and the loss of the Chinese tourists and their quirky little tour groups and swathes of terrified people back home have cancelled their travel plans to Thailand and Asia (dumb decision but to each his own) because they believe there is some kind of zombie apocalypse going on over here.

Am I the only one sitting back and actually enjoying myself while Pattaya is kinda-sorta back to the way Pattaya used to be as stupid drunk tourists and long lines of Chinese tour buses are concerned?  The true Pattaya fans and addicts will still come for sure, if the fear of catching some horribly unnamed strain of SyphilgonoherpalHIVitits hasn’t stopped them from coming, there could seriously be a zombie apocalypse in China and they would still show up.

Pattaya has been much quieter and the air is actually somewhat breathable now that there are no longer giant caravans of Chinese tour buses backing up traffic for miles.  I understand full and well that the loss of these tours hurts Thailand’s economy and I can’t help but feel a little bad for the Chinese who aren’t able to walk around doing their “follow the flag” tours but personally, I like it better this way.

Even upon the Chinese returning, Thailand should find a way to do away with a large amount of these giant double-decker tour buses.  The officials complain about air quality year-round now but it sure seems nobody is willing to do anything to fix it.  Sure, they are driving around telling the thousands of construction sites in the city to spray down the dirt to avoid dust and small particles from polluting the air.  How much does that actually do? This is Thailand, the Land of Smiles and fierce sun, the water they lay down evaporates as it hits the ground anyways.  Now, the buses are gone and wouldn’t ya know it, the air in Pattaya is a little bit better than it was.

There have been far fewer accidents, especially going up and down Pratumnak hill.  The buses don’t usually hit anyone going up Pratumnak (sometimes they totally do though), that is not the biggest problem.  The issue is that they dump gallons of oil slicks daily on the hill, making it extremely dangerous for motorbike riders who mistake the puddles for water or don’t see them in the night hours.  You could literally write a book from the cases of people sliding in bus oil on the hill.  Personally I have come off my bike 4-times.  (2 x uphill, 2 x downhill)  No buses, no oil, no slipping.  In any other country, if a company dumped the amount of oil into the environment that these buses are dropping on a daily basis, they would be receiving some SUPER hefty fines for spilling HAZMAT, not in Thailand though, just another part of daily life.

While the buses aren’t running is the perfect time for the city to re-organize the bus issue. They should also have the road construction guys working double-time while there are no buses (which also means less traffic).  Granted, all of this is common sense things and common sense is not a common virtue on this side of the world.

Though we keep reading how much the Chinese and their tour groups are hurting the Thai economy, who are they really hurting other than the ridiculous businesses that rely wholeheartedly on the Chinese?  Perhaps the “Chinese Only” businesses weren’t meant to survive after all.  Most of the places that the tour buses stop are hand-picked venues and the tour company then get some sort of a commission or kick back on the sales generated in each of the establishments.

The fact that they cater to only one country of people is a flaw in their business model, why do we care?  I mean seriously, when is the last time that anyone reading this ever went to see a BigEye show or took a trip over to Imagine79 where there are typically hundreds of tour buses parked for the shows daily?  The answer is probably never (unless you happen to be Chinese).

It is pretty safe to assume that the owners of these companies set up to cater to Chinese people are probably Chinese or Thai and Chinese.  Whether or not they come back with their smoke-spewing convoys of tour buses or not typically is not affecting any of the ex-pat businesses in town.  If anything, more ex-pats that live here are out and about now that there is no traffic and fewer people.  I know guys that don’t typically go out that have started hitting the bars again just because it wouldn’t take them 45-minutes to get there.

Listen, I’m not trying to come off as an ass but to me, there is some actual good that has come of this whole Coronavirus thing.  While others may not admit it, they are secretly thinking the same thing.  For all you folks back home that got a little too timid and decided to cancel your trip to Thailand because of something that is happening in China, you fu*ked up, simple as that.  You let your fear control you and keep you from having an amazing holiday during a nice and quiet period without so many tourists.