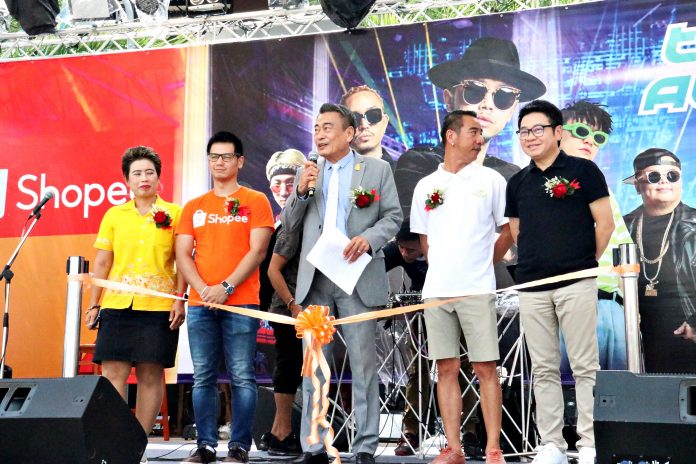 The event was held at the Cartoon Network Amazone Water Park in Na Jomtien on Saturday. Joining in the event were the Pattaya City Deputy Mayor Ronnakit Ekkasing, President of Pattaya Business and Tourism Association Eakkasit Ngampichet and representatives from Amazon Falls Co., Ltd and Shopee (Thailand) Co., Ltd.

The event is aimed to stimulate tourism economy and support EEC (Eastern Economic Corridor) in Chonburi and in the eastern region. More than 400 booths from online shops have presented in the event.

Representatives from the events stated it was a success and the booths were very steady with customers.