(Editor’s note: The following is a reader submission from a local Pattaya Expat, along with some edits and photo additions from The Pattaya Unplugged team. The opinions in this article are their own. Your own submissions can be sent to P[email protected] or send us a Facebook message.)

My name is Vic and I live full time in Pattaya and have for almost fifteen years. I am in my late 60’s, retired, married and live what many might call a “normal” life here in the Pattaya, Thailand area. I have been coming for over thirty years and seen Pattaya in many different eras and have seen the increasing commercialization of the city over the years. Every day I read on the news about the Coronavirus and the problems it is causing and I wanted to give a different impression.

First, I mean no disrespect to those who have caught the virus, all the tourists who have cancelled trips or who have had major events cancelled, those suffering in the tourism and business industry, etc. I understand how much this has hurt those people and can sympathize. However, this article is ONLY from the perspective of a full-time retired expat living in the Pattaya area NOT a tourist. (Although I believe a lot of these things are good for tourists who still want to come also.) I also know some people will call me a grumpy old expat, but life is really good here now…

So, let’s get to the meat and bones…..Pattaya, in my opinion, is wonderful right now. I haven’t been this relaxed and enjoying the town in some time.

Why? Well, let me list the reasons for you:

–No, or almost No, tour busses. This is brilliant. Before I could sit in traffic for hours behind large, gas-producing, annoying tour busses that were everywhere in the city. With the additional work the city is doing to fix the drains all over the city, this was a nightmare for the past six months or so. Now, with a huge lack of tourists, there are no tour busses. The road work is still going on, of course, but imagine how much worse it would be if we still had the tour busses everywhere right now? All my local friends also agree. 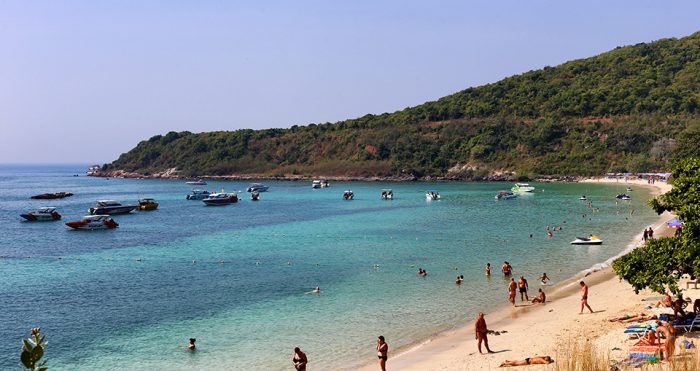 –A chance for the environment to recover. I saw in the news that they have made a lot of progress on finally getting rid of the trash on Koh Larn that had been an eyesore on the island for a large time. Pictures from the beaches and comments from those who have gone have said Koh Larn hasn’t been this wonderful in years. Heavily reduced throngs of tourists and right now it is mostly only Thais and Russians (Who are still coming here on vacation and don’t seem to care about the virus.) My wife and her friends went last weekend and said it was exactly what they wanted…a quiet and peaceful beach, no throngs of tourists everywhere and very relaxing. The beach and environment are getting a much-needed break.

-Less congestion in general. Sort of like the tour busses, there aren’t a million taxis and other cars tying up traffic from all the tourists coming and going. As a local expat you can actually go and visit places and get around town without knowing it is going to be an hour or longer debacle.

-Probably no Songkran water wars. I can’t stand Songkran. Most expats I know can’t stand it. Hundreds of thousands of drunks in the streets, throwing water at each other, foreigners near my age acting like kids and having water wars in the street, the worst traffic of the year, the busiest time, going to the bank and getting nailed with ice water…Look, I get that it is the biggest Thai holiday and their new year. I am aware of how much money it makes for the country. I respect that and generally stay home on Songkran. I chose to move and live here so I knew this was part of it. But taking a year off of the madness (hopefully) is going to be nice. They have already cancelled most other major events. My wife says Thai people will still celebrate Songkran but mostly in a quieter, traditional way with maybe small water play with the kids at home.

-No Music Festival. Let me repeat basically what I said in Songkran…… tens of thousands of drunk Thais running around town, gunning motorbikes all night, shutting down Beach Road and all traffic for several days basically, this time of year was always a mess for those living here full time. I don’t live near the beach but I am sure for those who live in beachfront condos full time not having the music blare until late is also nice.

-Better service. This might just be me but I seem to have been treated better in the past few weeks at local restaurants and markets. You can, especially at some of the night markets, really feel the huge lack of tourists. No, you aren’t seeing prices go down, which I don’t expect with Thai’s anyways, but you are seeing better attention, friendlier staff and more respect which I have not seen in a while. 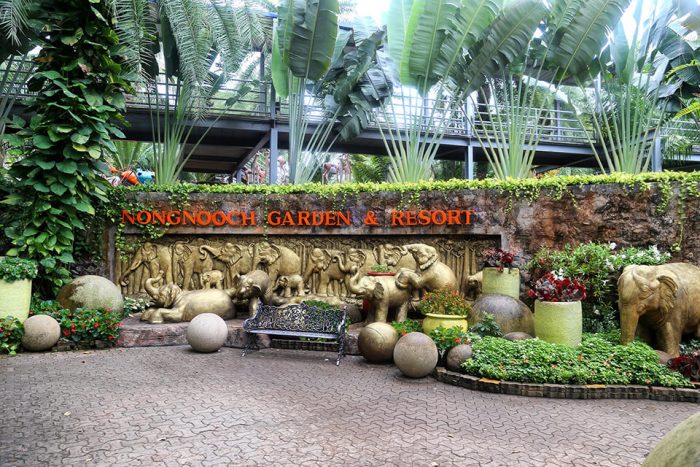 -If you wanted to visit the local tourist attractions, this is a great time. I went to visit Nong Nooch last week and it was wonderful. I had previously gone a few years ago and there were so many tour groups it made the experience unbearable and difficult to get around. On this visit, I was one of a handful of people in the park. I got to spend plenty of time with my wife exploring the park, enjoying the attractions and we had a great time. Nearly every major attraction that depended on mass tourism, like the waterparks, Sanctuary of Truth, the Kaan show, the Cabarets, etc. are now nearly empty and perfect for the curious expat who always wanted to visit without the crowds. It’s not good for their business, true, but great for me.

-No Flag groups on Walking Street…I can actually walk!  I still go to Walking Street sometimes as my wife and I enjoy some of the live rock bars and people watching. Before the virus, you could barely walk at least until late due to all the flag following groups clogging the street. Now, it is actually possible to walk down the street and get to where you are going. It’s brilliant.

-Better Selection and less competition of a certain aspect. I’m a married man, but many of my friends still enjoy the bar scene. They have all told me in the past few weeks that due to it being so quiet, the level of available staff to give you, we shall say, the company is better then it has been in ages on Soi 6, bars, gogos, etc. Additionally, looks like many might be coming back from working overseas and once they have got out of any quarantine will likely be back in Pattaya. One of my friends is VERY excited about this.

This is only a few things and only my opinion but regardless what you think I am loving Pattaya right now! I also think for a tourist that wants to come, it is a great time without the crowds and feels totally safe. There is no issues or virus in Pattaya, don’t listen to the bullshit, on the ground it’s wonderful.