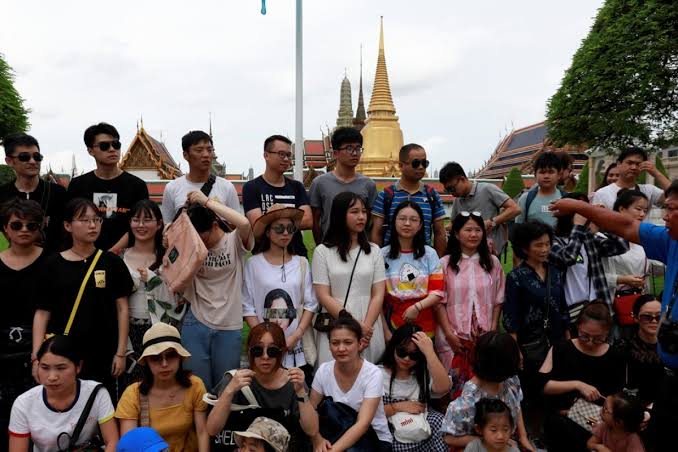 By: Adam Judd. Do you want to submit your thoughts? Email us at [email protected]

Hi folks, thanks for taking the time to read my article today. I was inspired by reading another recent article about why so many businesses fail in Pattaya and wanted to write one on how successful owners are adapting.

If you have spent any time on any Pattaya forum or Facebook group you have without a doubt run into the so called doom and gloom brigade.

These are the folks who feel the sky is falling, the city is dead, there are no tourists and who constantly insult, usually in a borderline racist or culturally biased manner, people from countries that are not their own.

From a psychology standpoint, this is understandable as since the dawn of time people have by nature been tribal and tended to group with those of like mind and principles. Many of the individuals commenting on these forums have likely little to no true exposure to different cultures or a business or diversity focused background, which is also critical to understanding where the city currently stands.

Additionally, they don’t take proactive action to break themselves out of their comfort zones and really see what is going on.

First, let’s address the elephant in the room…It’s September, traditionally the quietest month of the year, the rainiest, so of course it’s going to be quieter then other months. Yes, many places are quiet, even empty. Many businesses are struggling. Many owners are having issues, especially ones with businesses like say a traditional beer bar that has not changed in decades. But, contrary to belief, not all and many are actually thriving right now.

Secondly, yes the Thai baht is strong. We could go into factors of why all day, but some of the tourists here in numbers certainly don’t seem concerned with the exchange rates. You also don’t see many citizens of many of these countries complaining online about it either.

I certainly understand why an expat would be complaining, especially a Western one who came here to live permanently vs. higher prices at home but the average week to two week tourist doesn’t care that much. Any long time business owner will tell you this.

That being said, many expats focused on price and cost of living have simply forgotten (or never known to begin with) the psychology of a one week tourist or someone on a once in a lifetime vacation which are completely different things. A smart business owner understands the difference.

Third, the demographics have changed and where people are going have certainly changed. Because of this change, how you market to your customers is crucial at this moment in Pattaya. If you aren’t being diverse in your marketing and welcoming to customers of all nations and countries then you are shooting yourself in the foot.

It’s not a secret, there are a lot more Chinese, Korean, Japanese, Russian, Arab and especially Indian customers around. It’s a complete myth that none of these groups spend money, usually formulated by individuals online who hold inherent bias towards them for one reason or another. (Disclaimer, the author does not belong to either of these groups)

Many of the doom and gloomers also like to say that Chinese only walk around or are on zero baht tours or Indians just roam beach road and share one beer with five straws. While it is certainly true that there are some, maybe even many, folks that do this, the quickly increasing middle class (India has the largest growing middle class on the planet, Chinese tourists that are financially independent travellers not traveling in tour groups, also known as FIT is increasing dramatically yearly) is quickly changing this business wise.

Let’s look at the Chinese first, for example.

The truth of the zero baht tours that a lot of folks fail to grasp is, ok, sure it’s Chinese owned. Many of the successful businesses in town are foreign owned and the majority of the money goes right back to that foreigner or country, not just Chinese.

But the business, regardless of ownership and arranging the flight and initial room into a foreign owned business, or even creating a duplicate chinese tour business, is employing Thai Nationals and paying them which goes right back into the economy. They buy Thai brand beer and food, pay for Thai handyman when things go wrong, pay Thai licenses and taxes (in most cases, haha), pay Thai electric and water companies.

These so called zero baht businesses also pay for all the Thai Nationals driving their busses. All the fuel is Thai gas and goes right back into the country. The hotels they stay in, that maid…being paid and going back into the country and job sustained by them. The food, the sheets, the electric, the poolman..the bartender…everything at these hotels are expenses that are paid, in Thai baht, back to Thailand.

No, the Chinese aren’t going to beer bars on soi Buakhao and ringing the bell. (Neither are most of the guys complaining either, but that’s a different matter) However, many guys who use the number of customers at a bar as an idea of how busy it is or their favorite cheap breakfast place also don’t spend time at Nong Nooch, Mini Siam, Big Eye or Rubber land and don’t see the thousands of tourists that go through here everyday. Who, contrary to belief, paid for the tour, albeit at a discount price. Many do buy small knick knacks or items while there as well.

So, how are successful business owners in Thailand leveraging this?

Well that will be covered in part two in the next few days. A preview, however is that a successful business owner recognizes that many of these tour group Chinese will return, not in a tour group, as a financially independent Chinese doing their own thing which is where the real money is. Some local businesses have already started advertising to this segment already using Chinese tools like we chat and Alibaba. We will also cover the rise of middle class Indian tourists and why you are seeing so many more Indian discos, restaurants and themed hotels.

We will also cover Russians, Japanese and Korean tourists as well.

Thank you for your time.