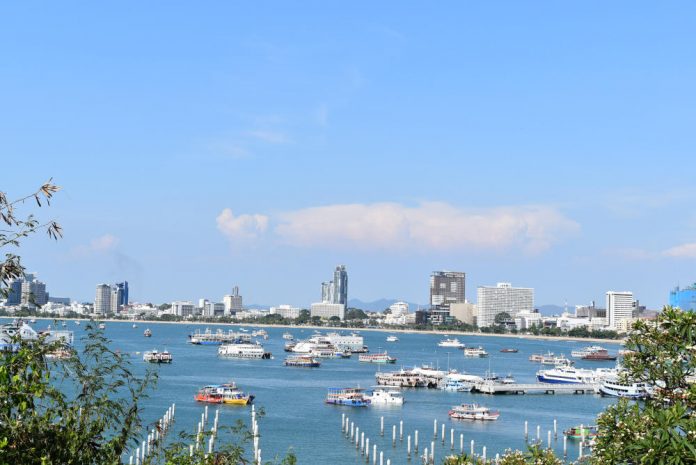 Time for Reflection – Time for Future Visions – Pattaya Tourism 2020 and beyond. We live in unprecedented times and never has the world had to react so drastically to safeguard its’ communities, and as we watch the hourly developments, optimism appears to be in short supply with a majority of the world’s population shutdown.

The situation in Thailand and particularly in Pattaya started at a very early stage. Chinese New Year was about to be celebrated with thousands of Chinese guests in Pattaya. No-one could believe that in a matter of a few days, all would be gone. There was some optimism as business continued virtually as normal for many, without the masses of tourist buses congesting Pattaya’s streets. How could we believe that a few weeks later tourism is virtually shut-down with hotels closed, airlines grounded, bars and nightclubs dark and the last remaining tourists desperately trying to leave.

We are now in the ‘eye of the storm’, there is an uncanny quiet in all tourist regions as the majority of Thais and the foreigners living here finally comprehend the severity of the situation. Everyone is being asked to stay at home. Many have obeyed but some did not, so we still live with a curfew.

Beleaguered by bad news from around the world it is a challenge to think of the future but maybe it is an opportunity to reflect, especially in Pattaya. From a sleeping fishing village, in the 50’s, Pattaya and it’s’ surrounding areas developed swiftly into a major tourism destination with tourism arrival figures on 15 million in 2018 and the envy of many countries. This rapid expansion drove a virtual forest fire of infrastructure development with many seeing opportunities to cash in on the ever-increasing number of visitors. With tolerant regulation, competition became rife and, in some sectors supply soon exceeded demand. The Tourism Authority of Thailand was extremely active in many developing markets and was able to secure extensive collaboration with local tour operators and charter airlines creating waves of mass tourists. I witnessed this personally on the fast developing Russian market with Thai suppliers extremely active just as the market was opening in the early 90’s. Unfortunately, mass tourism bubbles have a tendency to burst, this happened to the Russian market in 2014 and has now also happened to the Chinese market and in effect to world markets now.

In these exceptional times we all have an opportunity to reflect on what actually happened, what went wrong and how can the same mistakes be avoided as and when tourism business is able to re-start. I would call this “Time for Reflection – Time for Future Visions”

Naturally in any tourism destination the opinions vary greatly and Pattaya is well respected throughout the tourism spectrum with Mass Tourism, Residential Tourism, Conferences and Incentives, Specialty Tourism (i.e golf), Medical Tourism plus much, much more.

As and when tourism is able to be re-started clients are going to be much more critical of their holiday experiences and any negative publicity would immediately undermine the endeavors of the tourism offices abroad. Under the banner “Time for Reflection – Time for Future Visions”, what could Pattaya be looking at to improve when the tourists return?

Mass Tourism: Mass tourism visitors travel by bus with one vehicle transporting around 50 people from place to place. Most of the attractions are not located in the centre with some exceptions) but all offer adequate parking for these 40 meter long behemoths. Before tourism levels rise again a solution should be found to the congestion caused, either with adequate parking or well-marked drop-off/pickup places. Suggested routes could also be provided for bus drivers providing them with priority corridors.

Entertainment Areas and Beer Bars: Whilst the staff will return as soon as there is an end in sight, many of the previous owners will be unable to re-open, whilst others may step in to take their place. Well capitalized, professional establishments should be able to re-open, but each requires a substantial turnover, thus creating a chicken or egg situation, open an see what happens or wait for the clients to return before re-opening. 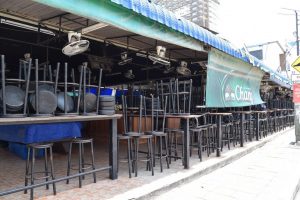 Events: With in a current environment of social distancing, it is difficult to make a prognosis as to when our perception of being among many people/crowds will change. Pattaya is an excellent destination for Conferences and Incentives with a superb infrastructure already in place. World class events such as a Film Festival, Medical/Epidemic Conference, or an Ecological Symposium can utilize the hotel room capacity, attracting a discerning audience whilst providing excellent publicity for the city and region. However new health controls will have to be implemented to provide a feeling of safety.

What does the future have for Pattaya? No one can foretell as since the advent of tourism there has never been a situation like this before. Whilst Thailand has constantly proved its’ resilience to catastrophe and challenges, however with world travel at a virtual standstill how can it be kick-started? As and when the Pandemic is declared over, many people around the world will start re-building their lives and for many a vacation abroad will be low on their priorities. So, who will have money to travel? In each calamity there are losers and winners it will be vitally important to identify the correct sectors.

Pattaya is fortunate to have extensive number of foreign residents and is a popular destination for Domestic tourism. It is also fortunate to have extremely regular tourists that have been coming multiple times each year, however as the airlines start to re-structure after their totally unexpected hiatus flights will, initially, be limited and probably expensive. Health security will now also be a major factor and it will be interesting to see how these are implemented to provide passengers with the confidence to travel again. The days of cheap air travel that depended on travel hungry tourists to keep their planes in the air, may take some time to re-emerge as airlines have to re-coup their losses, and re-establish routes.

It was generally recognized that the first visitors after a catastrophe are either the business traveler who has to travel or the back packers that are unfazed by the situation and require simple infrastructure. Whilst there will be vast business opportunities around the world for well capitalized business to snap-up bargains, business has switched extensively to video conferencing and maybe the traditional requirements of the business traveller no longer remain? Government intervention may buy some businesses time, but with many surviving purely on limited cash flow there will be a great deal of change.

I am certain that TAT has extensive plans to re-boot tourism but occupying 9th place worldwide, Thailand will have to compete with other strong Countries who also require tourism as an essential part of their GDP in addition to local competitors with Bangkok, Phuket, Hua Hin and Chiang Mai also looking for their part of the pie.

I appear to be using several poultry related analogies but ‘The Chicken or the Egg’ and also ‘Putting all your Eggs in one Basket’, both appear quite appropriate at this time!

Who knows what the future will bring on even when the future can start!

This article is not intended to be controversial or provocative, purely a perspective of the challenges facing Pattaya and Thailand in the coming months and years.

About The Author:  Kim Waddoup enjoyed a lifetime in the tourism business and is an active ‘Silver-Ager” living in Thailand. He writes for his age group with high varied articles covering subjects relevant to retirees living in, or visiting Thailand.

To contact Kim, e-mail him directly at [email protected]

Obtaining a VISA to China

Heat Rash-Why it appears and how to get rid of it, by: Kim Waddoup

How to renew your motorbike tax in Pattaya

The Quest to find Pattaya’s Best Coffee by Kim Waddoup

Coffee – One of life’s essential pleasures