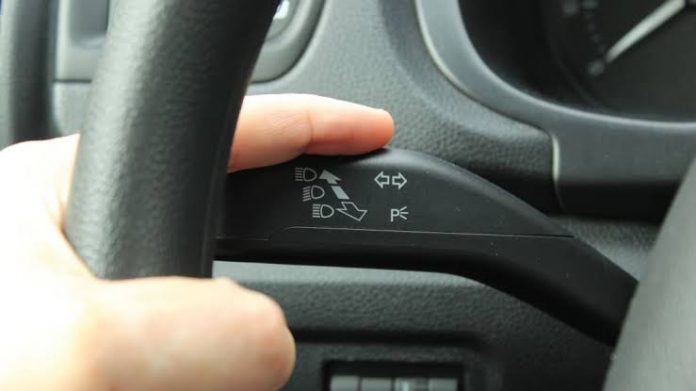 Believe it or not, on the inside of every car there is a magic lever that the vehicle manufacturers have put in place so that you can alert other drivers of your intention to make a turn.  It is not just cars and trucks however, motorcycles have a tiny switch that does exactly the same thing. 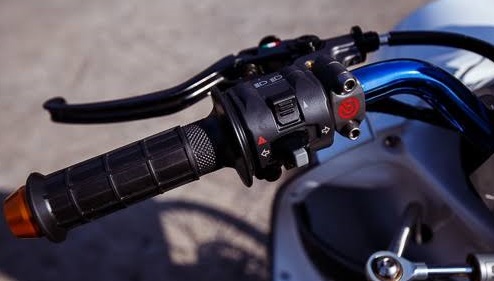 In a time before vehicles became equipped with such magical abilities, it was appropriate for drivers to use hand and arm signals to provide a warning to other drivers who are following you.

Before one can fully understand the turn signal switch/lever, one must be comfortable distinguishing they’re left from their right.  Though many drivers fail to understand this fine ability of the turn indicator, it can actually be switched in two directions.

I know that many people just learned something new in the last sentence, but yes, it is not just a general indicator that says you are going to turn, somewhere.  It is to let the people behind you know exactly what direction you are turning as well.

Here is a helpful photo on how to determine which side of your body is the right side, and which side is the left side. 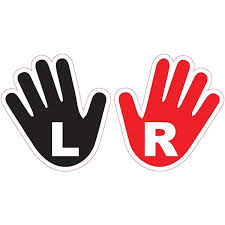 When coming up to a portion in your drive where you need to make a turn, locate the mystical “button or lever of turning” and if your intention is to turn to the right, push the lever up (in cars) or slide the button to the right (for motorcycles).  This will release the flow of electrical energy to a small light at the rear of your vehicle that blinks on the right side of the vehicle.

If your intention is to turn left, simply pull the lever down (for cars) or push the button to the left and just as when you turn it to the right, magical electrical energy is released that causes the left light bulb at the rear of your vehicle to flash.

What If My Vehicles Magical Lights Have Died?

Remember when we talked about those helpful hand and arm signals a few paragraphs back?  If your vehicle does not have turn indicator lights or they are broken, the lawful and appropriate thing is to revert back to hand and arm signals until you can get a new bulb installed.

In the last year driving around Pattaya, other people’s improper use of turn signals and driving while talking on the phone have been the hazards that have caused me the closest calls personally.  Many people here signal that they are going to turn right and then they go to the left or signal to go left and turn to the right.

If you aren’t actively about to make a turn, turn off your signal.  It is highly confusing to the people behind you who are trying to stay alive on Thailand’s dangerous roads what your intent is if you drive around with your blinker on constantly.

Also, in closing, for the love of everyone around you, WAIT UNTIL YOU GET HOME TO CHECK YOUR PHONE!  Whatever it is, it isn’t that important.  If it is, pull over.  I promise that if I am killed by someone driving and using a phone, I will haunt you forever!