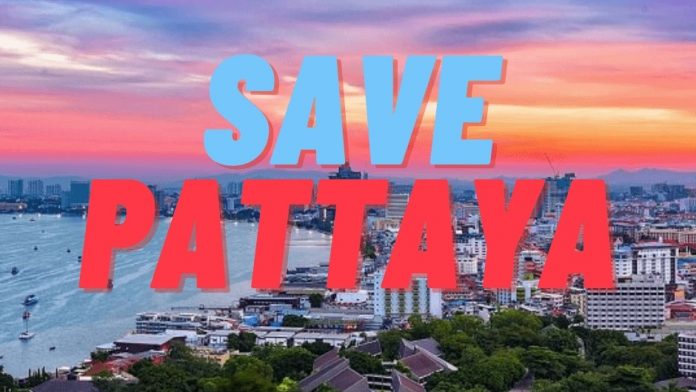 Before anyone says that title is racist, I believe humans are equally good and bad across all nationalities. We are all screwed, just in different ways. I think 90% of us are good 90% of the time. I am using the word “tend” because it’s not everyone, just enough to notice differences.

1.  Thais tend to respect each other’s income (and mind their own business) or at least turn a blind eye. Sometimes to an extreme. (which can be bad when its something very immoral) During the recent crisis, I have seen business owners try various ways at trying to make an income, I have seen bar owners ridiculed (from other owners/managers) about gogetfunding pages, PayPal links and western union.  I think it’s pretty low for people to be attacking businesses for trying to survive and keep the staff making money. Also knocking us for allowing our girls to use paypal/western union to get lady drinks, it makes a huge difference to their income and it helps us also.

I see Westerners attacking others for trying different business models, strange parties, live videos to raise money, but it’s more of a reflection of their ill mindset (or lack of insight) than anything else, it’s making a huge difference to people and although NWG is seen as a giant that deserves some stick for trying to make money, what people forget is that there is hundreds of staff and they have family and children.  The Thais tend not to ridicule or attack each other for trying to make a buck, in such a crisis everyone is trying new things,  I have a few ideas for myself to make money but I have to prepare myself for all the abuse.

But the fact is, if people are buying remote drinks, or opening a gay bar, or tomboy bars, or changing your club to get Thais customers in. Then so be it….   everyone needs to do what they can.  If there is no demand, then they will quickly stop or change. At the end of every live video, there is people getting entertained and willing to pay for whatever reason they have, maybe they want to build up some rapport with a girl before they arrive? maybe they are bored and need some interaction? I love this city more than my own personal gain, I want people to survive, I don’t like to see people suffering,  yes its good for business short term if other bars go out of business, but I am a long term thinker and we all need to grasp on to whatever we can, I feel long term it’s better for everyone to survive. We are fortunate enough to have a very strong customer base that is willing to help support our girls, yes we are paying salaries but we have to make money to pay them.

2. Thais tend to not get involved in attacking, grassing, defaming rival businesses or other people.  I have a front-row seat of problems in Pattaya, I constantly witness guys getting arrested, divorced, fights, child custody arguments, problems come to me because people seek help. (hence why we will open a law firm) My wife is amazed at all the problems Westerns cause each other by grassing each other’s business up, fake reviews, trolling, attacking and calling immigration.   It tends not to happen among the bars as much,  there is an unwritten rule not to snitch each other up as it affects everyone, but I have seen it countless times between visa companies, law firms, restaurants, personal trainers, won’t name some of the smaller industries as it will get personal. I have been in the crossfire of attacks many times, simply by supporting someone or advertising their business on one of our sites.

With Westerners commenting online running down Thai people often recently, I wanted to put up something I have noticed year after year and I highly respect the Thais for.  I understand that its mostly trolls with no life that constantly attack the most successful, its always been that way, that’s why they are losers,  but I have seen many owners/managers taking potshots at how people are trying to survive, but they should stop and think about the trouble everyone is in and they should be more respectful.  Many of us including me are in deep trouble,  we may choose to try different things, but one must always remember the children/families that need feeding and long term survival of businesses.  People have no idea the effect it will have on Pattaya if many people lose their businesses, anyone that understands the compounding effect knows how it can work in reverse!

Before people say it, there are a few Thai business owners that cause problems, but not everyone is the same and maybe because they have been in Pattaya too long.

Now, would anyone like to buy a bucket of sand?

p.s There is a well-known visa agent in Pattaya that attacks the other visa agents in Pattaya,  he included me in his online attacks once when he found rivals advertised on one of my sites.  He was telling everyone I was on the run, told several people that I was a pedo and wrote it in several places online.  After I heard it for the zillionth time, I sent someone in to see him and got it all recorded, including lots of other attacks on other people,  I am yet to use this evidence to take him to court because I like peace, but we will see.

Why does NWG have security?

Night Wish Group Was Not Sold