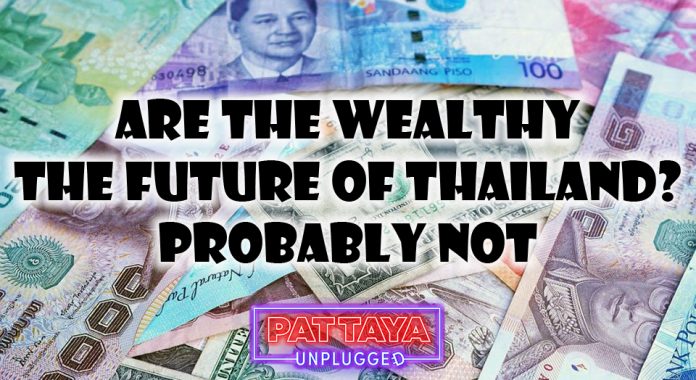 There is a lot of commotion online about Thailand wanting to become a place for wealthy travelers instead of the seedy bottom of the barrel crowd that it currently attracts. While it sounds like a good idea for Thailand, it is also not going to happen.  There are a million reasons why the rich and famous will keep going elsewhere to spend their money, unless they are already a lover of the Land of Smiles, here are a few of them:

I understand that people have different definitions of what “wealthy” is.  The Thais could simply mean that they will be targeting more westerners over Indians and Chinese tourists.  It could really mean a host of different things.  The one thing it doesn’t mean is that you will ever be chilling next to Tiger Woods in a beer bar on Soi 6.