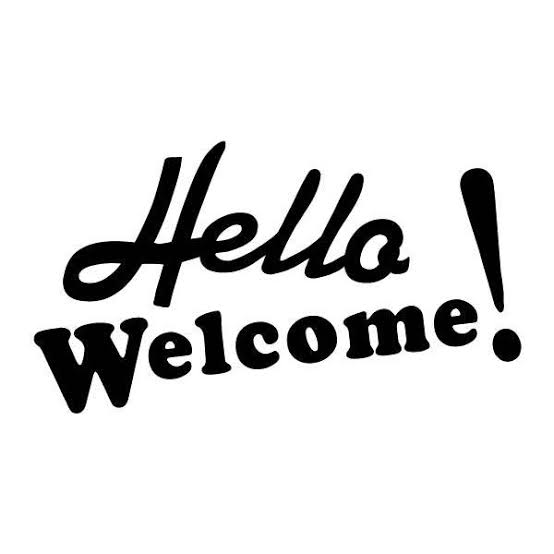 Today’s thought/blog of the day (Warning, this might be a bit long) is on the subject of that classic greeting you hear everywhere in Pattaya: Hello, Welcome. Actually, I’m going to give some thoughts on nearly every greeting the bar girls use to entice customers into their establishments, specifically focusing on the success rate of different greetings from my perspective (Industry insider who has been living and working here for 5 ½ years and has over a dozen prior holidays under his belt) and what really drives people into a business.

As my time here stretches from months to years and hopefully a lifetime I’ve moved away from things that seem amusing or entertaining when one is on holiday to truly looking at it from a business and common sense perspective. I remember when I would arrive in Pattaya fresh off the plane from the states and I would hear the chorus of Hello, Welcomes, girls screaming, etc. and it would bring a smile to my face. Now, I tend to treat it with irrelevance and mostly ignore them personally.

However, sitting in my own bar before five to six days a week and watching thousands of customers and hundreds of girls I have a pretty firm educated opinion on what works and what doesn’t to drive a customer into a bar. As a disclaimer, I’m only focusing on girls and their approaches to get a customer in (Which will include social media), not who the manager is, how well known the venue is, how cheap the prices are , how attractive the girls or the venue are but merely the approaches used to attempt to “make a sale.” Let’s begin….

“Hello Welcome”-It’s the most common greeting you hear throughout the bars of Pattaya as stated above and because it’s so common likely works the least. It’s become the Pattaya version of “Can I help you?” I am an ex retail manager and the number one phrase we taught people to stay away from was this. People are pre-programmed to ignore it and the immediate reflexive answer is no, even shockingly if the person actually wants and needs help.

I can’t tell you the number of times that someone used this greeting, mostly new employees, in the West and got the immediate response of No. Then, two seconds later, the customer asked a question about where to find something. I understand that due to language barriers with the majority of the Thai girls that live and work in the industry this is the first thing they learn and in some ways this is similar to the “Can I help you” greeting in the West, young and inexperienced salesman learn this first and tend to stick to it for their first few months. For holiday tourists and those who visit here often its part of the appeal of the town and the chorus brings a smile to many faces. As an actual way to bring customers into the bar, however, it doesn’t work and instead gets the same response as “Can I help you”.

“Sexy man, Handsome Man, Where you go?”-Another Pattaya classic. This is heard almost as often as the first one and tends to be more common with the older bargirls in and around beer bars. It’s another one that brings fond memories to most Pattaya Veterans and tourists on holiday. It may bring a smile and some eye contact from the potential customer but it usually doesn’t work.

The majority of the visitors to Pattaya are well aware that they are longer handsome or sexy men (No offense to anyone out there if I am ruining your self-image) and for the guys that actually are handsome or sexy the majority of Thai girls are by nature a bit shy around good looking men and often won’t comment on it at all, especially alone. This is a bit more effective then hello, welcome but I consider it the retail equivalent of “How are you?” It’s a polite callout and gesture but it doesn’t get customers and doesn’t work. It does make people smile, though. That must count for something
.
“My friend like you!”-This one brings a chuckle almost everytime I hear it because it generally means that the girl with her does NOT like you or find you an attractive prospect so the other girl calls it out as a way to embarrass her friend. However, the majority of visitors and tourists on holiday seem to be unaware of this and usually smile, wave and keep on walking. In terms of bringing someone into a bar or getting a girl a customer, it doesn’t work. When you hear this be aware it’s not always a compliment from her friend, in fact, the majority of the time it’s not.

“Hey Black Shirt, Red Shirt, Fat Man, Bald Man, Etc.”-The infamous use a description of the customer to attempt to get them into the bar. Thai girls don’t think the same many of us in the west do and if you’re fat they have no problem saying you are fat. If you are bald, they will call you bald. People in the West get offended and scream discrimination if they hear these statements but the Thai girls are just giving an honest description of what they see. This one doesn’t work for the most part because either the potential customer is offended by the physical description or looks around to see what others are wearing and keeps walking.

Loud screaming-This is a common one and usually directed by groups of girls towards young, good looking shirtless men who are doing everything they can not to look left or right at the girls and speed walk away. It is also sometimes used by girls on older men as they walk by slowly in an attempt to scare them. Although the girls find it funny it doesn’t work to bring guys in. As a general rule if a guy is speed walking and not looking around they are not interested anyways but that brings me to my next approach….

Physically grabbing and stopping a passerby/potential customer: I’m on the fence with this. With some guys it does work, generally very shy guys and newer folks. This is a very aggressive sales tactic and involves physically grabbing the arm or hand of the customer or even locking them into a hug or embrace as they attempt to walk by. I put this different as playfully stepping into the path of a customer or a light touch (Will cover that in part two) as this tactic is very aggressive.

Personally, it doesn’t work for me at all and usually causes me to want to get away as quickly as possible regardless of how attractive the girl is that came up to me. Experienced Pattaya tourists and expats usually dislike this approach, although, as stated above, newbies and some introverted types like this. For the most part unlike my friend like you if the girl does this she is actually interested or attracted to you in some way and sees you as a good potential customer.

Posting on Social media that you want 20 drinks today-Usually doesn’t work except for lovestruck tourists. This is a very direct approach and used by quite a few girls in Pattaya today. Thai girls don’t see this as offensive, it’s quite honest. However, most foreigners see it as simply buying drinks to reach a total and not to enjoy the company of the girl. Working with girls we caution them against the come buy me a drink approach as it doesn’t work and even annoys some folks.

Physically hitting, wopping a customer-You would think that using a giant rubber hammer or your fist or throwing a beach ball at a customer would be considered offensive anywhere in the world but the Thai girls find it funny. That being said, it doesn’t work to bring people in and usually just gets a slight smile and the guy to continue to walk down the street. I don’t know about you but if I get a fist to the shoulder with a hello welcome that leaves a bruise it doesn’t quite make me want to sit down in that establishment.

Next….what DOES work to bring people in.