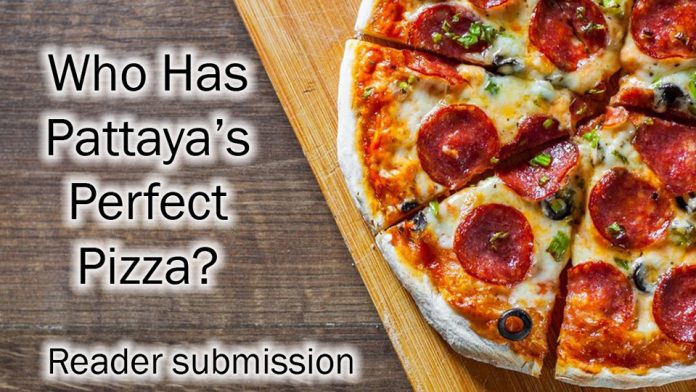 How do you determine what pizza place to go to?  Are you a thin crust kind of person, or thick?  For me it definitely has to be the latter.  I’m not a fan of communion wafer thin pizzas and need a little sustenance that is going to fill me up but will still leave me with a little left-over for tomorrow. Nothing beats cold pepperoni pizza for breakfast in my opinion.

The issue with tourist cities like Pattaya is that, generally, most restaurants have figured out that pizza can be VERY cheap to make, so they almost all have a pizza oven for some reason. Note:  Having a pizza oven does not make you a pizza chef, nor does it make your restaurant a pizza place.

Here are some of the legit pizza places you should try the next time you get hungry for a slice:

Aside from the above, you always have your Pizza Hut, Dominos and Pizza Company if you are starving but they don’t make my “best of the best” list.  Are there any other places that you would add?  Where is YOUR favorite pizza?

A look at the Tasty Minimart, Grill, Bar and Cafe in Pattaya and Si Racha!