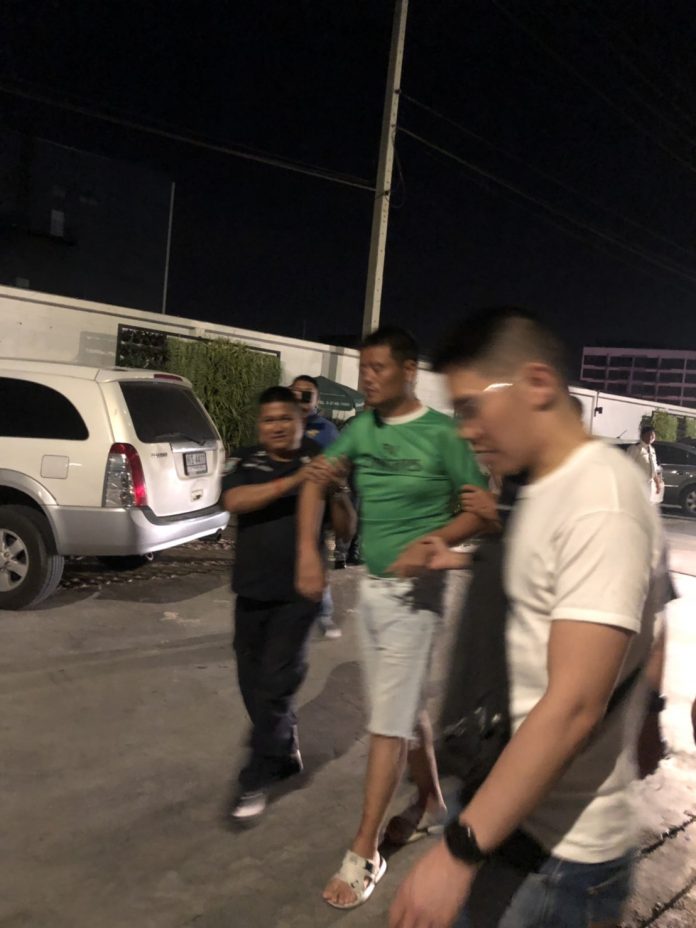 What is it that makes Foreigners come to Thailand and lose their minds? Is it a superiority complex from having come from a “more civilized” western society? Do we really feel that much more evolved than the Thais are?

I have been in Thailand for nearly 6-years now and have seen many incidents of men (from various different countries) who come to Thailand and end up getting done up for murdering a bar girl over some trivial argument. It’s sickening that these types of individuals even exist. Most who have issues are people who don’t even live here full time. They are just vacationers who had a little too much to drink and end up doing something stupid.

The most recent case with the poor Thai girl who was strangled to death (name still not released yet), is one of the most deranged cases that have been released yet. Who leaves someone dead in the room for 5-days and then decides to tell the police about the body in his room after having tried and failed to commit suicide? At least with his confession it should be a semi-open-shut case. Then again, this is Thailand (and I’ll leave it at that).

Editors Note: This story he is referring to is here: https://thepattayanews.com/2019/10/05/chinese-tourist-strangles-thai-woman-to-death-in-pattaya/

It is not difficult to not put yourself into a situation where you are arguing with anyone while you are on your visit to this beautiful country. Don’t come here with a holier-than-thou attitude towards the Thais. Regardless of what you think, you are a Foreigner and Thais are superior to you in the grand scheme of things. You will not win the argument as a visitor to Thailand. If you fight, you do not fight one Thai as the rest of them will jump on you. If you get in an accident, chances are you are going to end up paying “feel good” money to the persons you hit. Foreigner on foreigner fight? No problem at all. Chances are you’ll both just be hit with a 500 Baht fine for being stupid.

Ultimately the way to stay out of trouble in Thailand is to have a little self-discipline and a lot of respect. Thais are a proud group of people and are deeply rooted in tradition and culture. If you make them “lose face” you are in for a terrible time no matter the reason for the losing of face. These are things that you do not find out until you have been here a while or at least a few vacations.

If you come here with the thought that you are better, the Thai people as a whole will show you that you aren’t. My grandma used to say, “If the entire world thinks you are a cunt, and you don’t, chances are you need to grab a mirror and do some self-evaluation.” If you are coming here to visit and have a genuinely good time, come, meet the thai people, eat their food, show a little appreciation for their beautiful culture and don’t act in a fashion here that you would not act when you are back in your home country.

If you don’t want to end up in a situation where you are bickering about a certain price for a certain service or the length of time for a certain service, make all of your arrangements prior to leaving her place of business and stick to them. You have to understand that sometimes it is impossible for a girl that you met to accompany you on your whole vacation. Many of them have Thai boyfriends at home and children (I know the part about children is a shock to some but it’s true). Many of the Thai boyfriends are not the type of guys that you would want to have looking for you or her.

In my 6-year-stay here I have never once had a problem with any Thais. I have never had an argument over the prices of services and if I ever raised my hand to hurt a woman my father would reach across from the USA and rip my soul out of my body and I would more than likely drop dead on the spot. Many others here have never had any issues with the Thai people either (aside from maybe dual pricing). If you can’t act like a decent human being, even to people of second and third-world-countries, you shouldn’t even waste the money on a plane ticket.