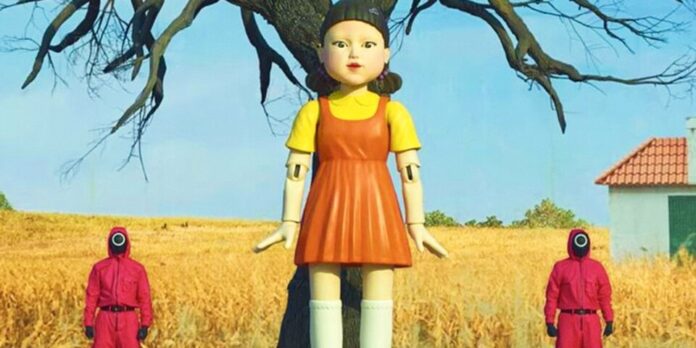 As of press time, October 7th, 2021, however, Squid Game remains number one globally and according to Netflix may become their most-watched show of all time.

But we aren’t here to specifically talk about Squid Game, give a review on the series, or otherwise. There are literally hundreds of other articles and websites that have done that. If you are not familiar with the show (and it would be almost impossible to be with the amount of press it has had and dominance on social media and TikTok in particular) there are plenty of other sources to learn about the series.

What we wanted to talk about was the first “game” played in the show, Red light/Green light.

This game is different around the world and called different things in many countries. However, its most popular name is “Red Light, Green Light.” This basically, of course, refers to meaning to stop for a red light in a vehicle and go on a green light.

As many long-time Thai visitors and ex-pats know, however, this is not always the case in Thailand with their particular drivers :).

As a result, the game in Thailand is called A E I O U. To play, one player calls out the vowels at different speeds with their back turned. A line of players attempts to move across a field to reach the person calling the letters. When one finishes saying A E I O U (sometimes multiple times), they turn around and anyone they see moving is eliminated. Without spoilers, the elimination is not quite the same as Squid Game.

Now you know, and for anyone who has been here a while, you are likely not surprised that many local residents will NOT stop for a red light 🙂