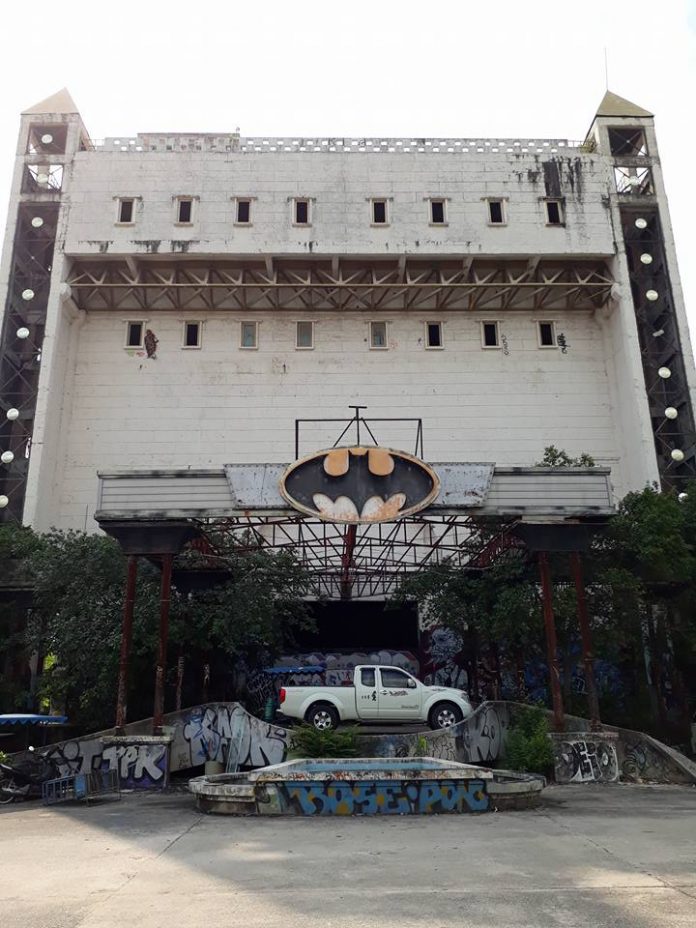 By: Adam Judd, all photos by Adam Judd

Have you heard of the Batman Disco? It has fascinated tourists and Pattaya residents for decades….a massive and imposing fortress of a building located near Sukhimvit on Soi Batman just past the telephone bar, it can be seen from miles away due to it’s size.

First I am going to write a bit about the history behind this disco. It was built in 1994 by a construction company out of Bangkok and was a Thai style disco. At a massive six floors it rivals even the biggest nightclubs in the states and a quick tour around the building will show you or anyone else that the cost required to maintain a disco of this size would have been intense. It had giant spotlights on the roof that shone the Batman logo across the city to draw customers to the disco. It stayed open for about eighteen months but was constantly a thorn in the side of the local authorities due to noise and drug and violence complaints. (Sadly, somewhat typical for many Thai discos.) 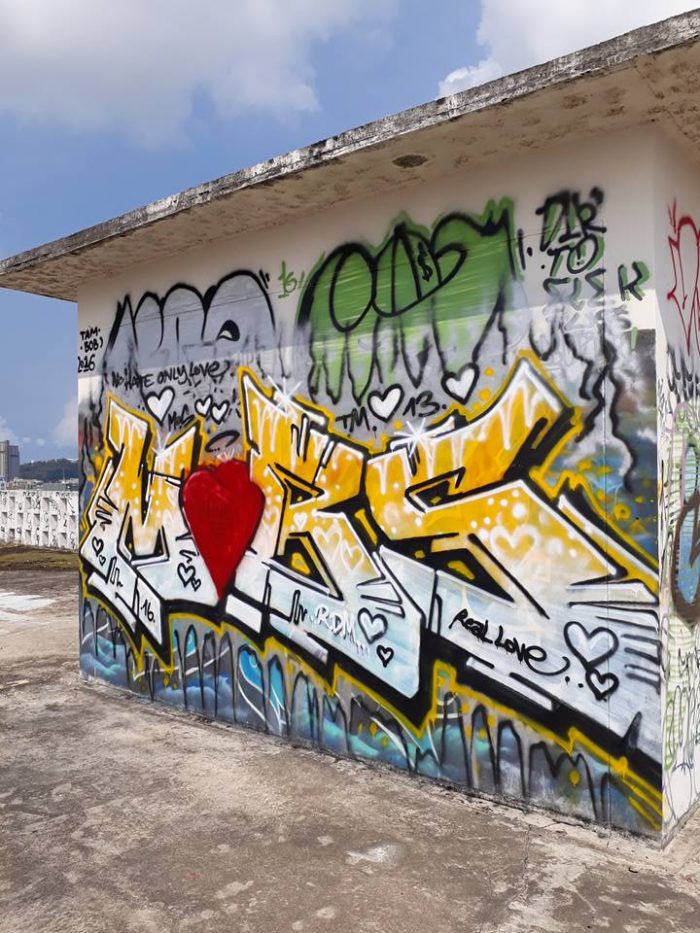 Finally, after continual tit for tat between the owners and business partners, primarily a Taiwanese man, the police raided the disco and shut it down for underage drinking and drugs. There was not, contrary to rumor, a fire that gutted the building and killed many people while it was opened. However, shortly after the disco closed the owner and his business partners began to have business disagreements and the ongoing court case between the majority owner and the police over the closure order was drawing on for many months. After a few months of closure as the case worked it’s way through the administrative hell of the Thai court system a mysterious fire THEN gutted the building, ruining the inside and causing a large amount of financial loss. Multiple theories have put forward as to the cause of the fire and in my research I was unable to get a definitive answer on what caused the fire. One article claims it was sabotage by one of the business partners, another claims it was the police to avoid a re-opening of the location and a third claims that it was a simple circuit board overload and an accidental fire. We may never know the truth but the fire sealed the nail in the coffin on the Batman Disco and traces of the tragedy can still be seen today. I must admit I had been planning to enter and explore the Disco for some time as I have always been a fan of Urban Exploration and photographing the past. For those unfamiliar with UE it is primarily about exploring and respecting abandoned locations WITHOUT disturbing them…leave nothing behind but footprints is a common saying in the UE community. The first thing most people notice when they explore the Batman Disco is the sheer amount of graffiti here. One will also notice that the graffiti is not random tagging for the most part but done by talented artists. 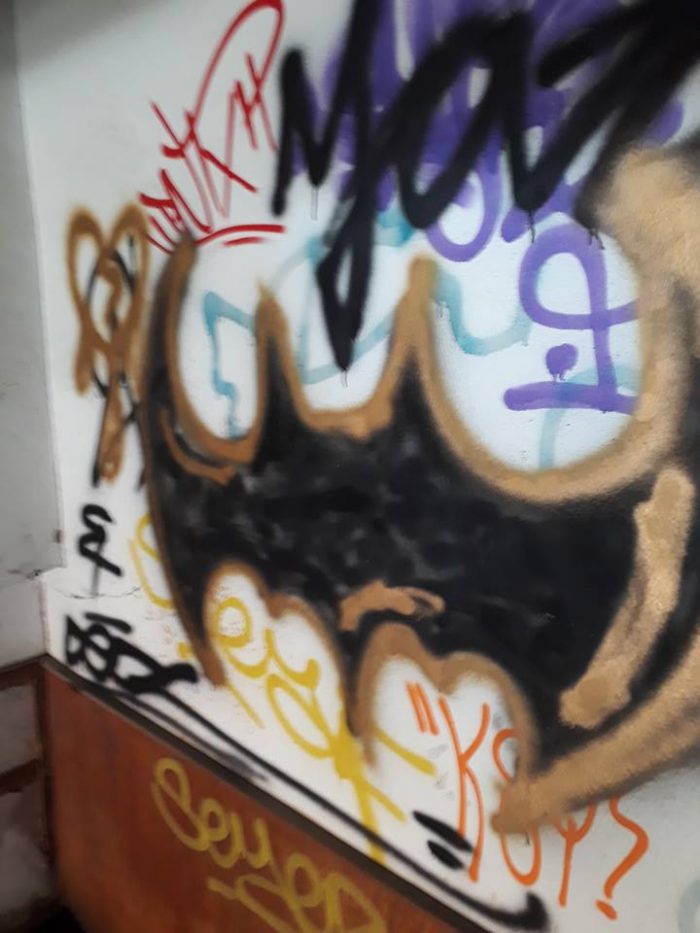 The reason behind this is the Disco has in recent years become a haven for the Thai graffiti community and the local law enforcement has decided that it can be tolerated if not acceptable rather then defacing currently occupied buildings and property. Last year there was a major graffiti art competition endorsed by the city and several local businesses held at the Disco. Nearly every Wednesday afternoon a group of local Thai graffiti artists meet here to continue their work and make the building beautiful again in their own way. The current owner of the building is actually a local bank who after years of courtroom battles managed to wrest it away from the original owners and their tragic story. For now, they have decided not to do anything with the property. 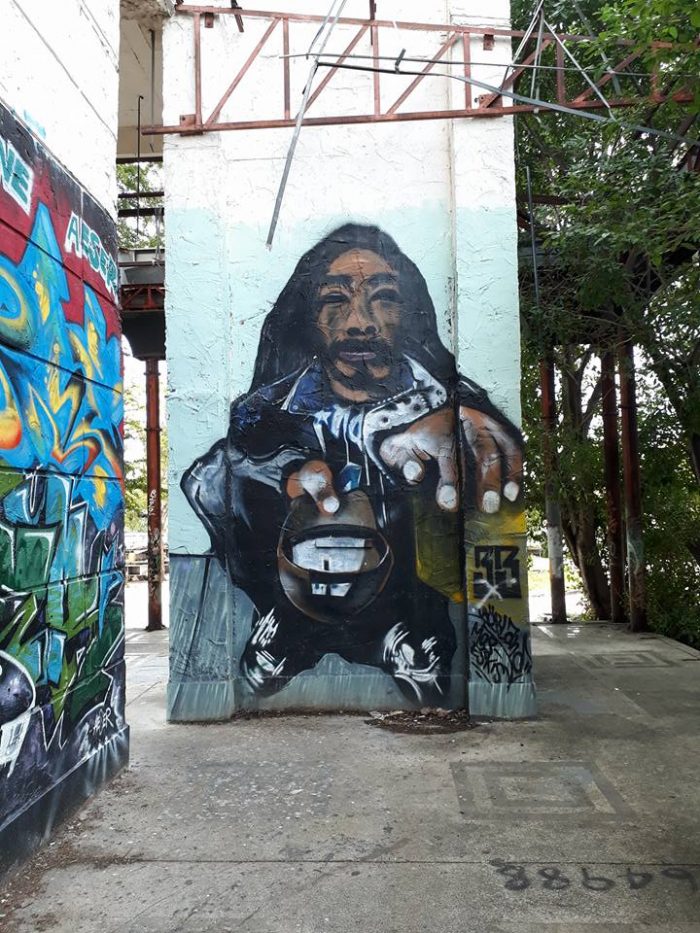 Despite the local art community and their efforts at making the building look more beautiful with their art work by no means can the building be considered safe. The elevator shaft was long since emptied out and the elevator removed and is a major hazard to someone not paying attention. Large holes where a glass ceiling used to be between the two dance floors are a gaping hazard. The building is infested with insects, birds and rodents. The lowest level, previously a bar and lounge, is flooded with several feet of toxic looking water and garbage and recently the body of a dead man was found floating here and covered in the local press. To make things even more enjoyable several local Thai homeless men call the building a temporary home. (They won’t bother you however, tend to mind their own business) 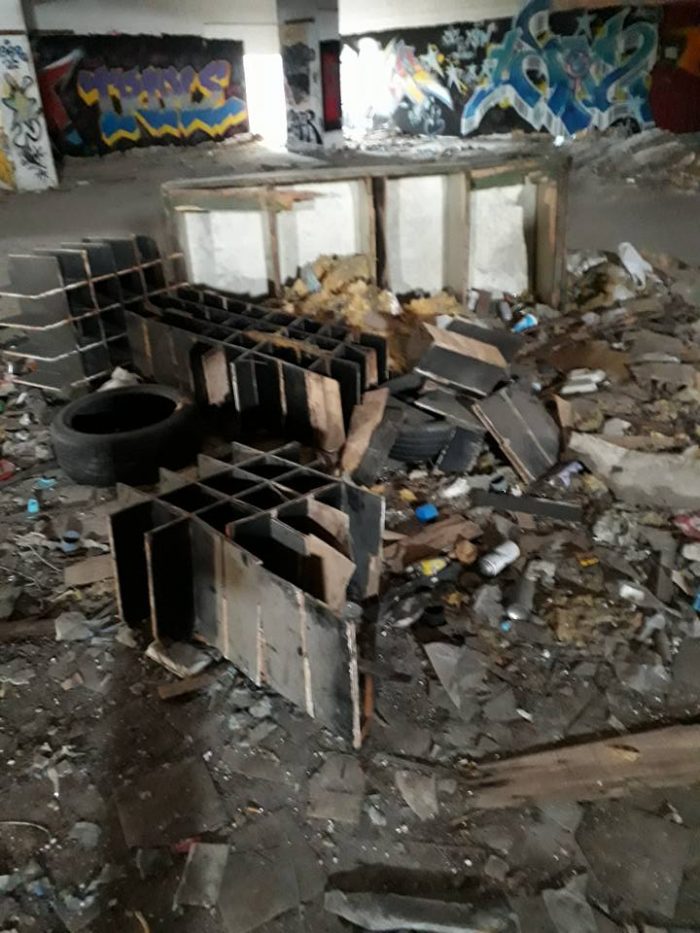 Should you enter the building you may be surprised to find that such beauty exists within the burnt out shell of the Disco. I don’t believe in ghosts and unlike many local Thais and tourists the building did not and does not make me feel uneasy other then the somewhat aggressive birds that are everywhere in the building and who seem to enjoy divebombing intruders heads. I did not spend time on the flooded level as it seemed to be much deeper then reported previously and the level of rodents and birds there was about triple the upper levels, which used to be offices, private residences and a snooker hall. 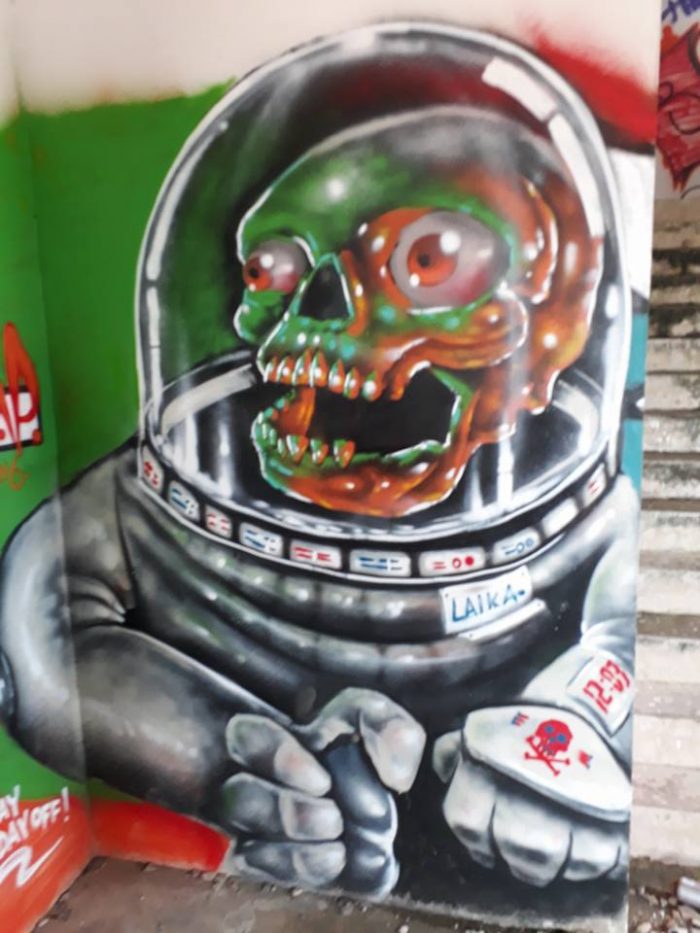 The view from the top of the building, a six story climb through a burnt out stairwell, is one of the better views in the city. Sadly, the spotlights are long gone and the sun has set on the Batman Disco but it is a great reminder of Pattaya’s history as well as yet another cautionary tale on how not to run a business in Pattaya. Take care, guys and enjoy the photos. 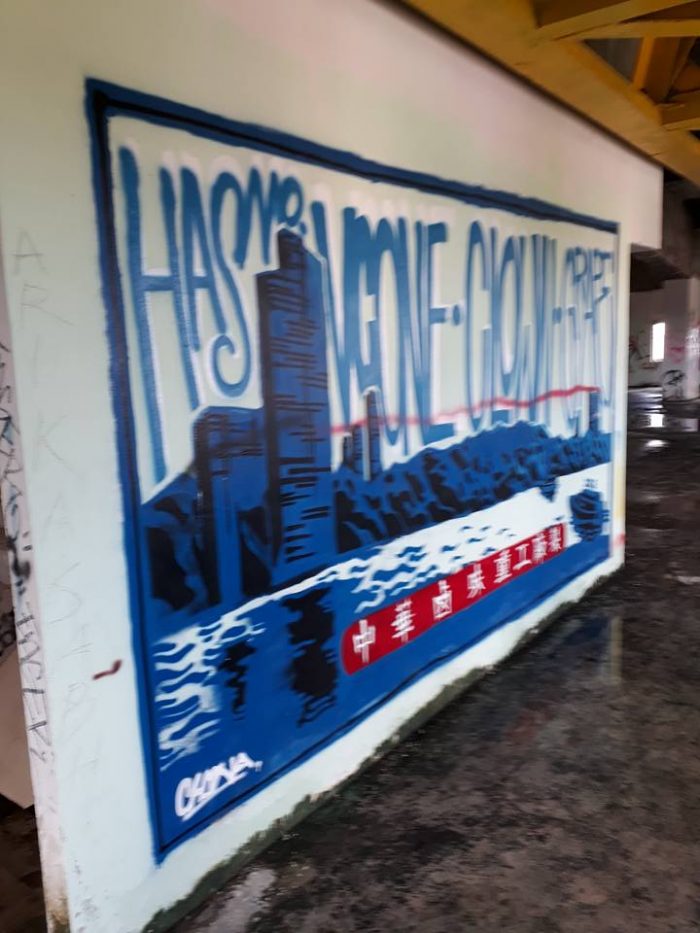 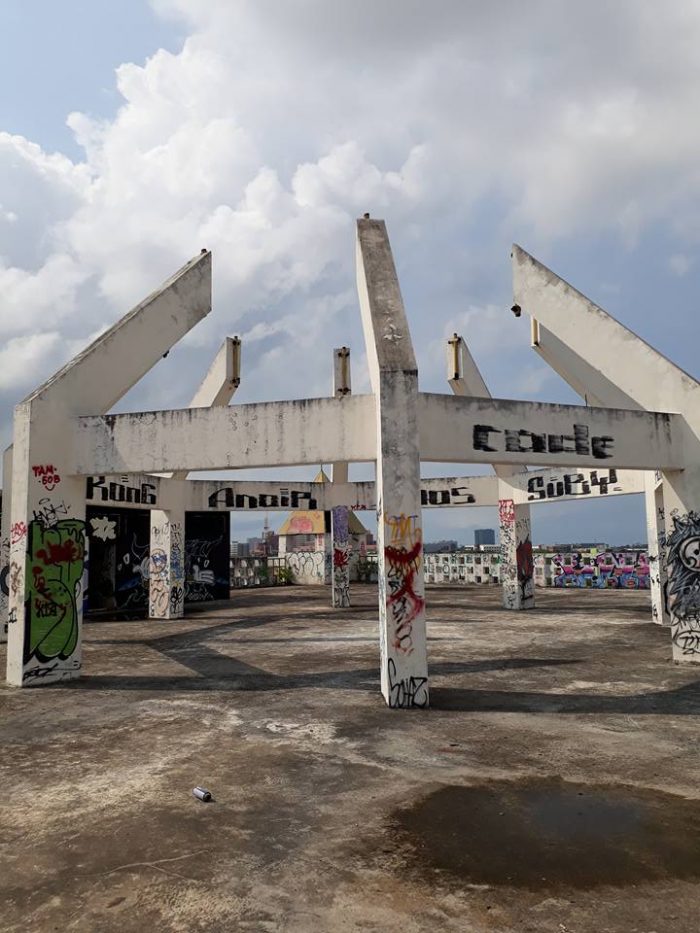 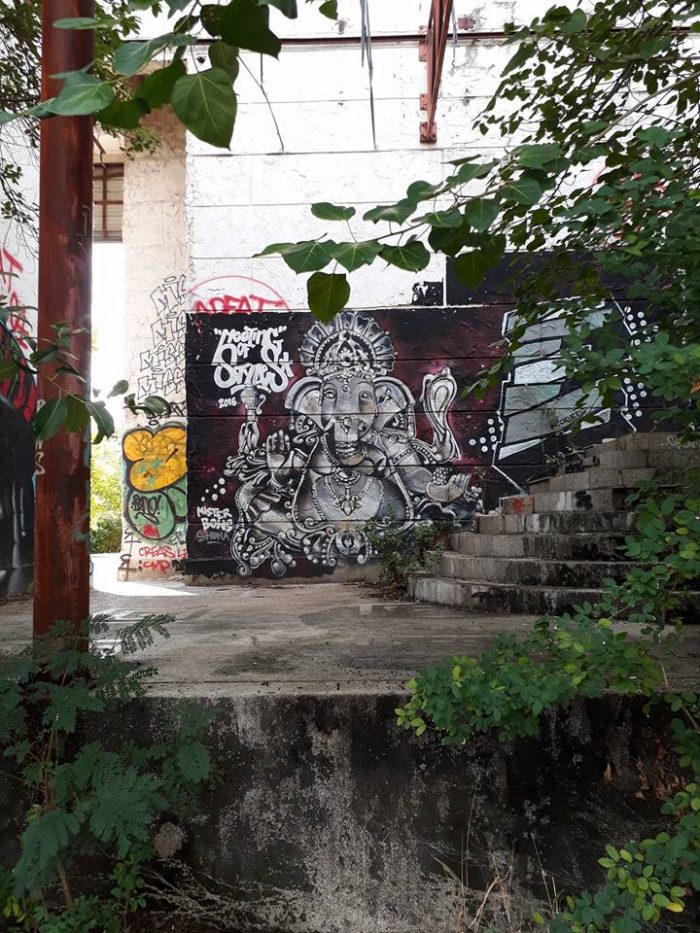