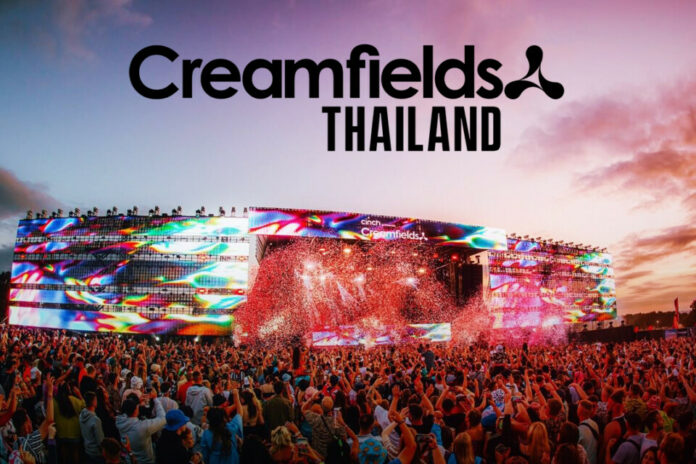 After over two years without major festivals in Thailand (although some smaller Pattaya music festivals with strict rules like no dancing, seating only, etc… have taken place) due to tough Covid-19 restrictions, endless bar and nightlife closures, restrictions, mandates, and other items that seriously damaged Thailand’s reputation for great nightlife and tourism industry, it looks like some hope “may” be on the horizon.

Creamfields, which presents itself as the leading EDM music festival in the UK, was first launched back in 1998 in Winchester and is regarded worldwide as a leading music festival and event.

So far, details are almost non-existent, but as we have started to get letters about it here at TPN we thought we would make a short article about it. Live Nation and One Asia are reportedly behind the event.

Creamfields has been teasing, as seen below, the event on social media for weeks, although no set date has been announced and no set location…except for GPS coordinates. 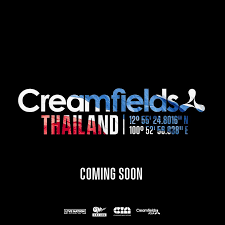 Where do those GPS coordinates point to?

Of course, currently, massive events and festivals are still basically banned in Thailand, the nightlife is still legally closed, bars have to be called “restaurants”, closing time is 11:00 P.M. legally nationwide for alcohol sales, for the third year in a row Songkran is “toned down” to religious and ceremonial events with no water fights or parties allowed, concerts that have been allowed have had extensive rules prohibiting dancing, enforcing social distancing, etc.

For the event to have a chance of doing well, all restrictions will basically have to be dropped, which currently Thailand is aiming towards July to do so. That is, by no means, a “set in stone” guarantee or promise however and it is sure that Creamfields promoters will be keeping a close eye on the status of Covid restrictions and the situation in Thailand.

We will keep a close eye on this story for any further announcements in the future.

This article originally appeared on The Pattaya News.com and is reposted with permission.

Thai Tourism Minister says 4 AM legal nightlife closings in tourist areas still on the table, to be discussed this week