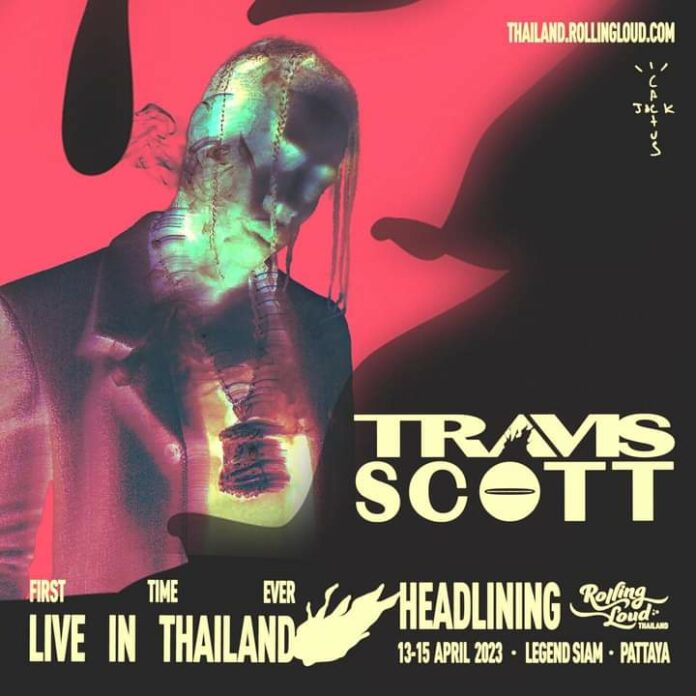 Rap superstar Travis Scott has been announced as the first of three major headliners for the Rolling Loud Thailand event in Pattaya at Legend Siam during Songkran 2023.

Rolling Loud will be coming for the first time ever to Thailand and was announced by Rolling Loud Thailand on their social media channels today, December 8th, 2022. The three-day festival will run from April 13th-15th during Thailand’s Songkran Festival, which celebrates their New Year and is often known for its wild water fights. Songkran had been canceled or toned down for the past three festivals due to the COVID-19 pandemic but this year is expected to be the first fully wet and wild Songkran since 2019. The event will feature over 60 artists according to Rolling Loud Thailand and three main headliners, with Travis Scott announced as the first one. Many more announcements are expected in the near future. For more information: Rolling Live Thailand Facebook Tickets ON SALE FRI, 16 DEC @ 10 AM ICT SIGN UP 👉 RollingLoud.com/thailand The original version of this article appeared on our sister website, The Pattaya News, owned by our parent company TPN media.