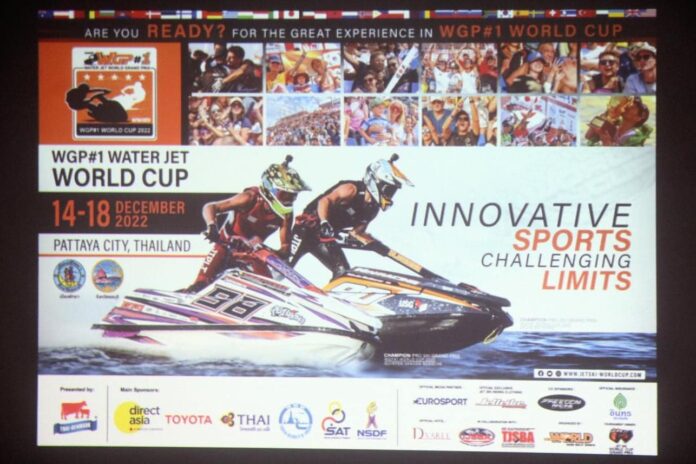 Pattaya is preparing to welcome pro jet ski competitors from 40 countries around the world who will be competing in the “King’s Cup—Jet Ski World Cup Seasons 2022” in Pattaya.

This world-class competition will take Pattaya by storm from December 14th to 15th on Jomtien Beach.

Pattaya City has joined hands with the Jet Ski Association of Thailand under the patronage of Princess Ubolratana Rajakanya Siriwattana Phannawadee to make this one-of-a-kind sport event happen.

With a goal of bringing in income for locals, the races are expected to draw numerous speed lovers and spectators who will be witnessing one of the fiercest water sports in the world in the greatest tourism city of Thailand.

Get ready now because pro competitors from 40 countries have already responded to the call and confirmed their participation. The event is, of course, under some COVID-19 preventive measures as a large crowd is expected to cram the beach, though Pattaya authorities assured it will not be any less fun.