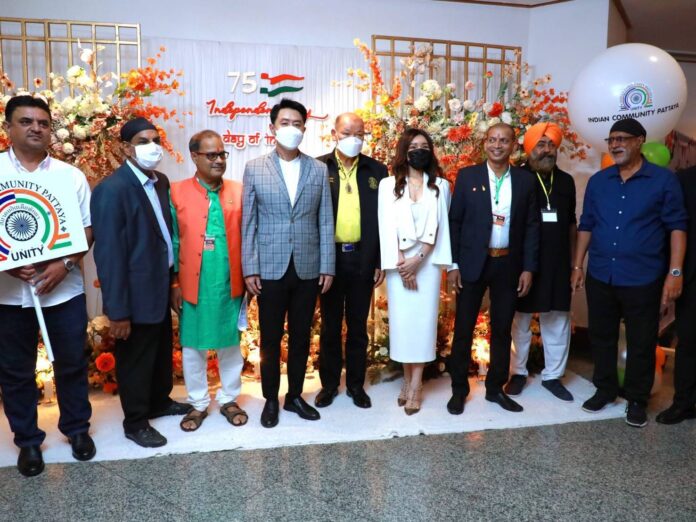 The Pattaya mayor Poramese Ngampiches arrived at the hotel at 7 PM yesterday to open India’s Independence Day ceremony along with Banlue Kullawanit, chairman of the Pattaya City Council, Mr. Ranjeet Singh, director of the Indian Community of Pattaya, and many other Indian people. 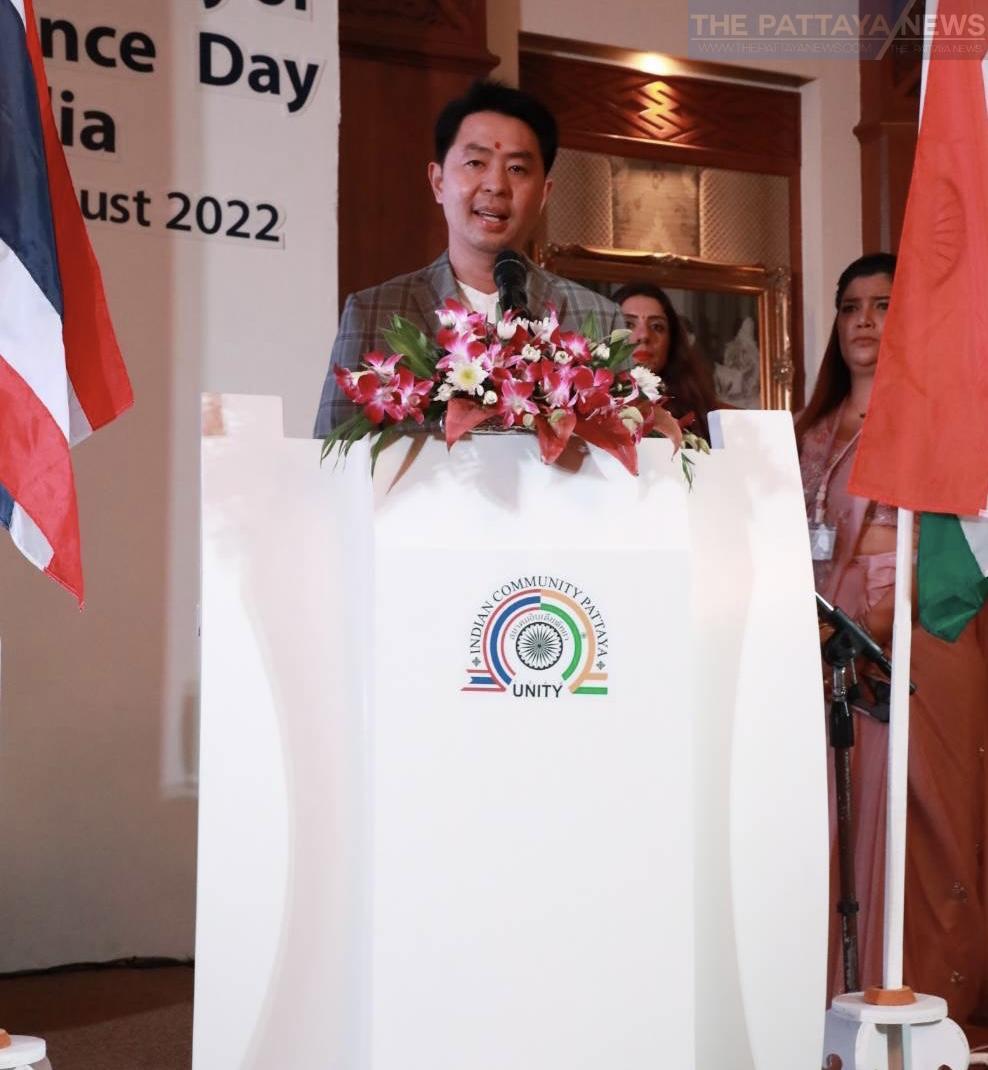 Independence Day in India is a national holiday observed annually on August 15th to commemorate the country’s declaration of independence from the United Kingdom on August 15, 1947. On this occasion, Poramese and the Indian Community of Pattaya had vowed to restore tourism in Pattaya to normality again.

The event was a fun, high-energy affair with many prominent members of the local Indian community and esteemed guests.

Indians are currently, noted the Pattaya Mayor, the number one group of tourists visiting Pattaya in terms of numbers of people, and this trend is expected to continue through the end of the year. Providing a safe and welcoming environment for Indian visitors is a top priority for Pattaya City officials.

We hope everyone had a fantastic Independence day from TPN media!