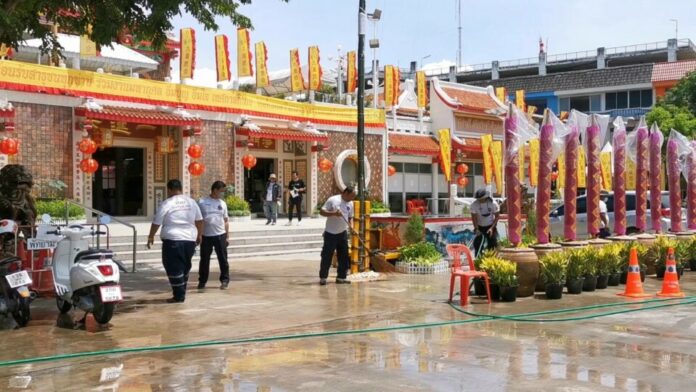 Pattaya is preparing to hold the vegetarian festival at the Sawang Boriboon Dhamma Sathan Rescue Foundation from September 25th to October 5th.

Local media traveled to the foundation today, September 23rd, to get a glimpse of the upcoming vegetarian festival, which is held annually between September to October to promote vegetarianism as an alternative to animal killing.

For this year, the festival will be held at the Sawang Boriboon Dhamma Sathan Rescue Foundation in Pattaya as usual. Vendors from across the city are already seen setting up their stalls around the foundation, preparing to either sell or donate their vegan products to expected thousands of visitors.

The foundation is now approximately 70% done with preparations, according to local media. They say the roads near the foundation will be temporarily closed, so please stay tuned for further updates.

This will be the first year since 2019 that the festival will be fully running, with limited events during the past two years due to the Covid19 pandemic. The event will also feature concerts, cultural events, carnival activities, and more.