This Friday, November 19th, marks the Loy Krathong Festival in Thailand where Thai people would gather in the evening at lakes, rivers, canals, and beaches to pay respect to the goddess of water.

However, due to the Covid-19 situation, the festival celebrations may be limited in numbers of participants, locations, and other social distancing requirements.

As the night of the full moon of the twelfth lunar month arrives (usually in mid-November), people will gather at waterways nationwide to float their candle-lit Krathong to apologize to the Goddess of Water for creating and spilling waste throughout the year.

Traditionally, a Krathong is made from banana leaves and trunks and adorned with flowers. But nowadays, there are many alternative ways of creating Krathong such as bread, ice, and other biodegradables, etc. to reduce the waste. Floating Krathongs on online platforms is also becoming popular among young teenagers as well.

Some of the best places for tourists to experience the Festival are Bangkok, Chiang Mai, Ayutthaya, and Sukhothai. In provinces full of historical places, the luminous sight of hundreds of candle-lit Krathongs floating on the water with ancient ruins in the background is an enchanting sight to witness. 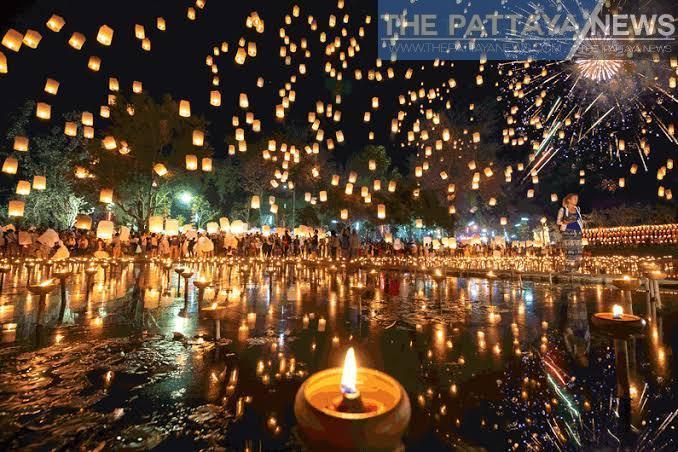 According to TAT News, some of the unique locations to celebrate the Loi Krathong Festival this year are:

ICONSIAM A Magical Loi Krathong upon the Chao Phraya River

12 November to 6 December, at Muang Boran The Ancient City

19-20 November, around the city moat and gates

18-19 November, at Lan Krathong Sai by the Ping Riverside, at the foot of the Somphot Krung Rattanakosin Song Roi Pi Bridge

18-20 November, at the Sukhothai Historical Park

18-19 November, at Sing Chai Pier by the Wang Riverside

19 November, at Phrae Municipal Office and the Chetawan Pier by the Yom Riverside

Here are more details on the Pattaya event:

Pattaya confirms they are holding a Loy Krathong Festival, denies rumors of the event being canceled

Need Covid-19 insurance for your next trip to Thailand? Click here.

Join us on LINE for breaking alerts!