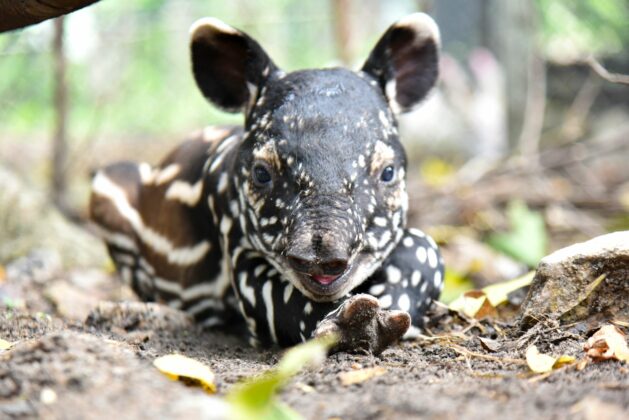 Mr. Tewin Rattanawongsawat, the zoo director, said Wednesday that it was a great pleasure to introduce a male baby tapir born to the 24-year-old father “Wiang” and the 13-year-old mother “Jomklone” in celebration of Khao Kheow Open Zoo’s 44th anniversary. 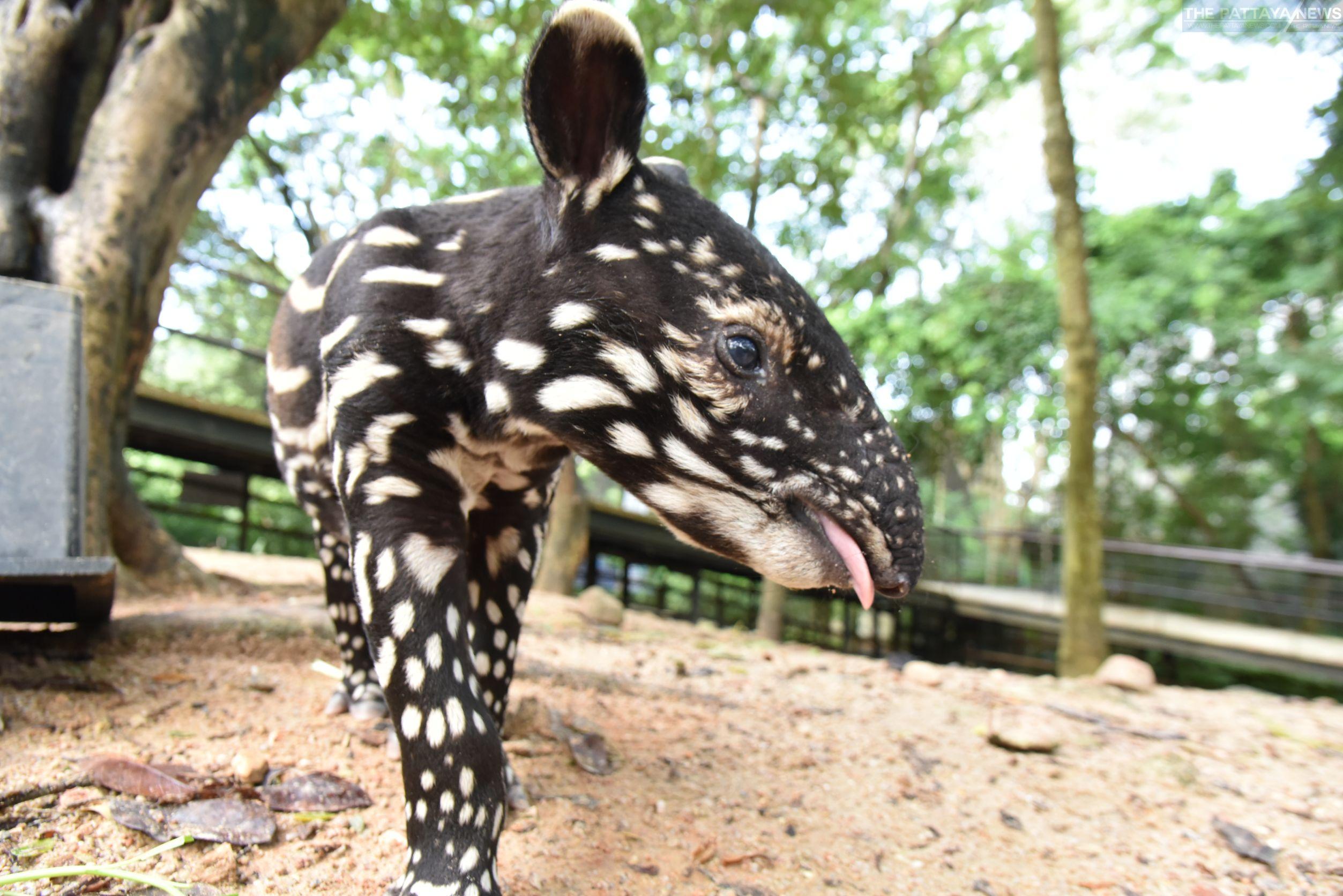 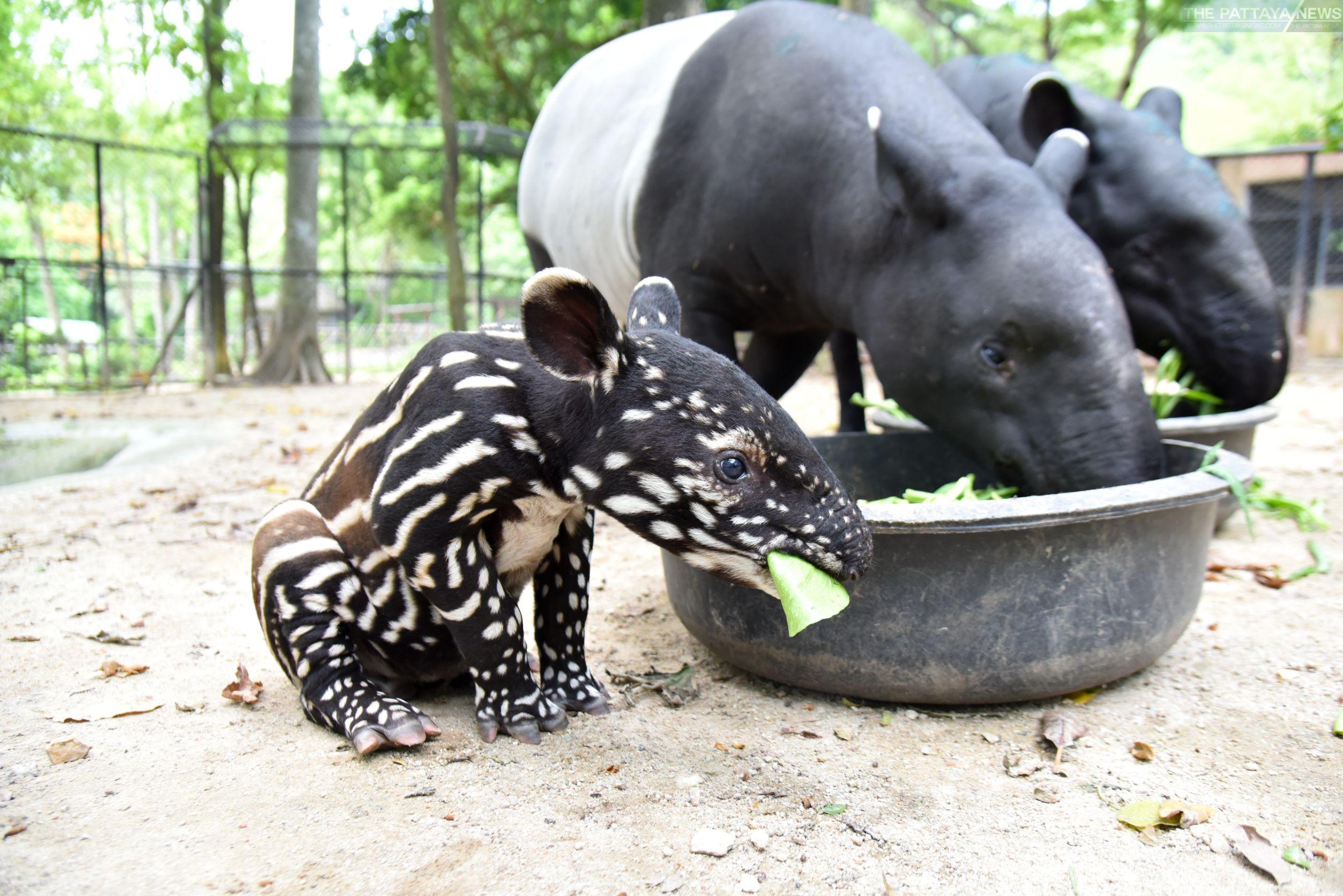 Tapirs are one of Thailand’s endangered wildlife species. They look like pigs with tiny trunks, but they are actually related to horses and rhinoceroses.

According to the director, this baby was born on May 15th and was closely monitored by medical specialists. It was strong, healthy, and always attached to its mother. In the early period, it would have the color pattern of a watermelon, but this would eventually change to a clear white and black pattern after six months.

The director invited tourists to see this cutie at the Forest of Asia section of Khao Kheow Open Zoo in the Bang Phra sub-district, Sri Racha, Chonburi. 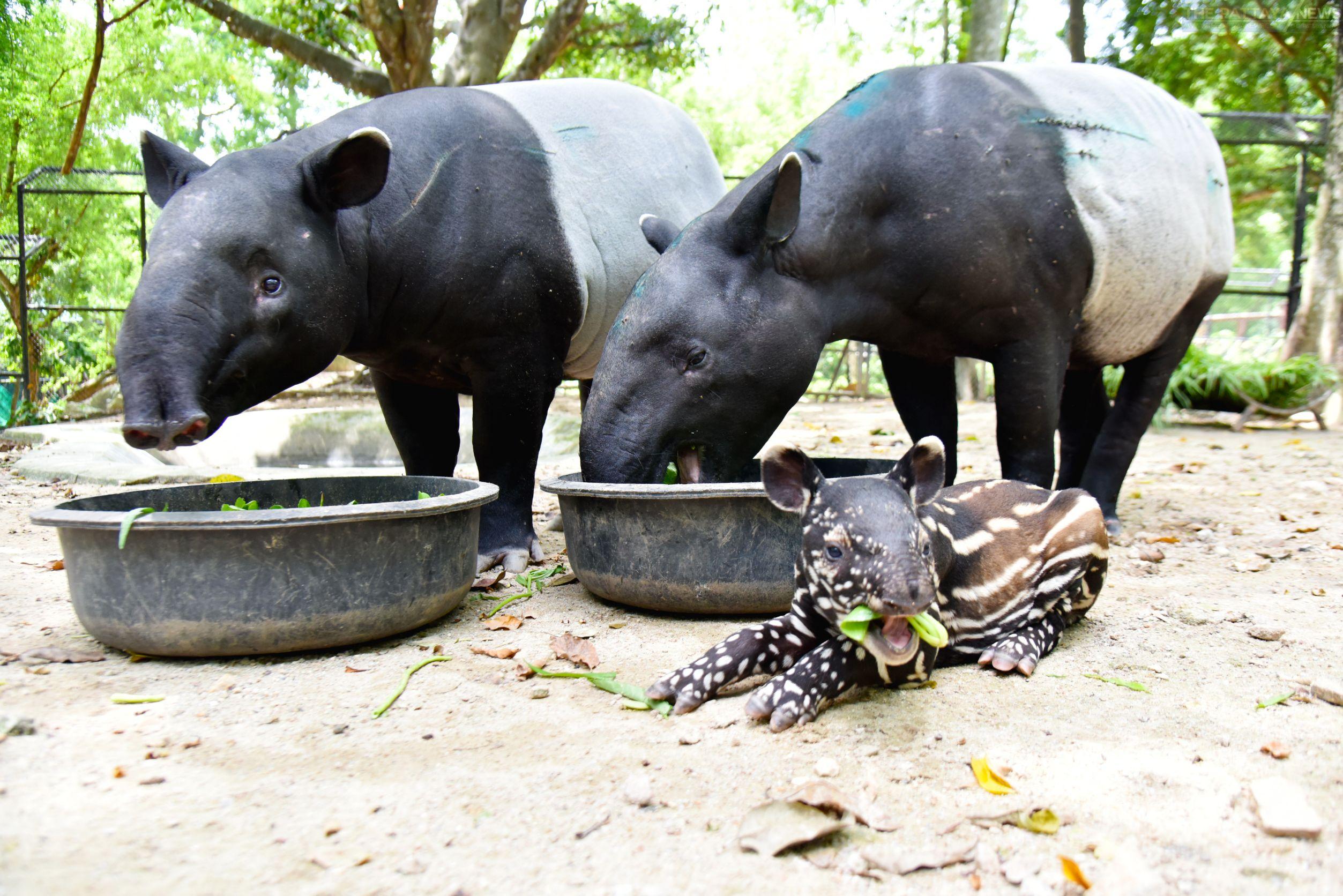 Additionally, Mr. Tewin announced that the zoo’s 44th-anniversary celebration ceremony would range to June 5th. For those interested in helping feed the animals, you can transfer your donation via Krung Thai Bank account 006-0-23655-8 named “กองทุนเพื่อหมีแพนด้า” or contract 038-318444.