Pattaya is a paradise, I’ll give you that much, but as with every place in the world, there has to be at least one thing about the city that drives you insane.  If I have to pick my one thing, it is the constant need for people to smoke everywhere.

Not All Food Is Better Smoked

The only places that are sacred and smoke-free anymore are the supermarkets and the movie theatres for the most part.  I can put up with smoking in some bars because the smell doesn’t bother me as much when I’m shitfaced, but when I go into an establishment that also serves food and I’m after a meal, the last thing I want is to bite into my food and have it taste like an ashtray. 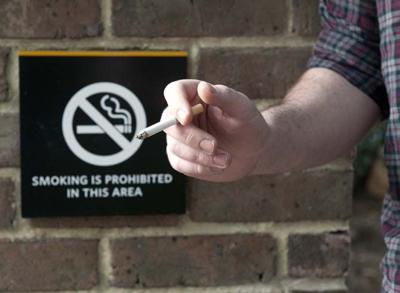 Smoking In No Smoking Zones

There are a few places in town that love to trick you though.  They hang up all these no-smoking signs and keep the ashtrays conveniently tucked behind the bar until a customer happens to want to light up.  That’s right, even though there are no smoking signs in every single building in Thailand and it is supposed to be illegal, the smokers still smoke so you may as well not even have them up.

Some places have come to the realization that they are losing potential customers over the issue and have started making people who want to smoke go outside.  What is really hilarious is the places that have up a no smoking sign, allow people to smoke inside, but also have giant signs up about how there is absolutely no vaping tolerated in their establishment because it is against the law.  Wait, isn’t smoking inside against the law too? 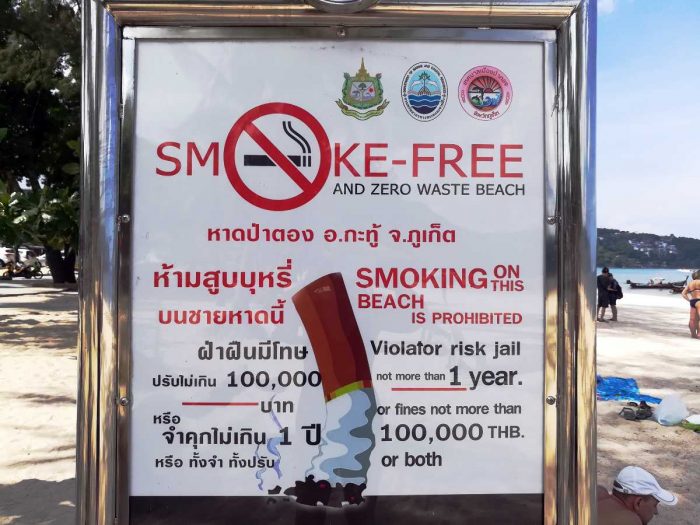 The one step in the right direction that Thailand and Pattaya have taken is to rid the beaches of filthy smokers.  There is nothing worse than wanting to spend a day on the sand and you end up feeling like you are rolling around in the butt can instead.  There damn near used to be as many cigarette butts on Pattaya beaches as there were grains of sand.

The world is a sad place.  We know that smoking leads to cancer and other health impediments and possibly death, but nobody cares that your second-hand smoke is affecting the health of those around you at all.  They don’t even stop and think about it for a moment. 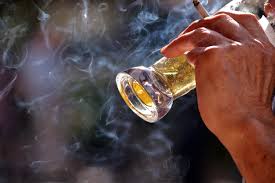 Why So Many Smokers?

I suppose there are so many smokers in Thailand screwing up the ozone around us because of the strict anti-vaping laws (especially with recent deaths in America caused by vaping).  Cigarettes are the cheaper alternative to getting caught with a vape mod for sure.

Say what you will about vaping, my opinion is that it may not be good for you, but it is 100x better for you than any cigarette.  When I was contracting for the government in the Middle East, I was up to 2 to 2.5 packs of cigarettes a day.  I went back for my physical exam and had to blow into this machine that told me what my lung age was and it came back as 75 years old.  The doctor told me that the machine didn’t get any worse than that and that if I didn’t quit smoking, I wouldn’t be a contractor for long.  I switched to vaping for a year and then went back to see the same doctor for my annual physical the following year and my lung age came back as 38 years old.  Those were his words to me about it being 100x better for you than any cigarette, although he said I couldn’t quote him on that. 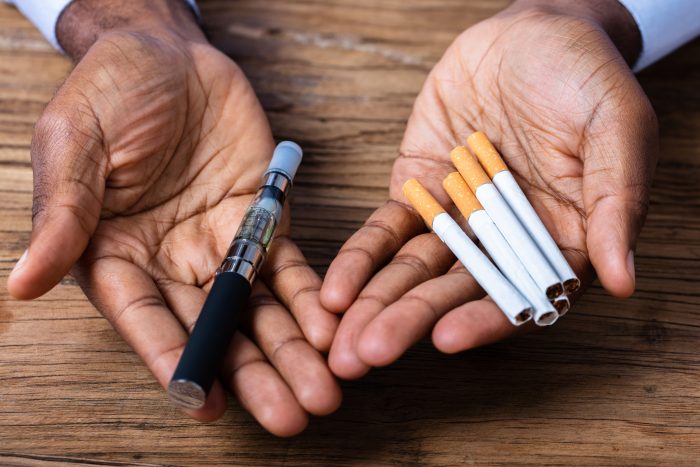 For all of the establishments out there that are still allowing smoking inside, I have just stopped frequenting them as have some of the other non-smokers that I know.  I may love your food, but I’m not going to jeopardize my health to enjoy a meal.

Every Customer Is Important

I know it is one of them, damned-if-you-do, damned-if-you-don’t situations.  If you cater to the non-smokers, you’ll lose some of the smokers, and if you cater to the smokers the non-smokers move along.  I know for a fact there are others out there that feel the same way about the topic, but how do we make it so that everyone can be happy?  Perhaps we should do set smoking and non-smoking hours in the restaurant-style establishments. 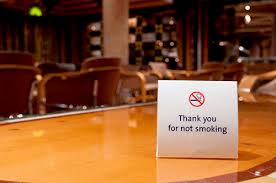