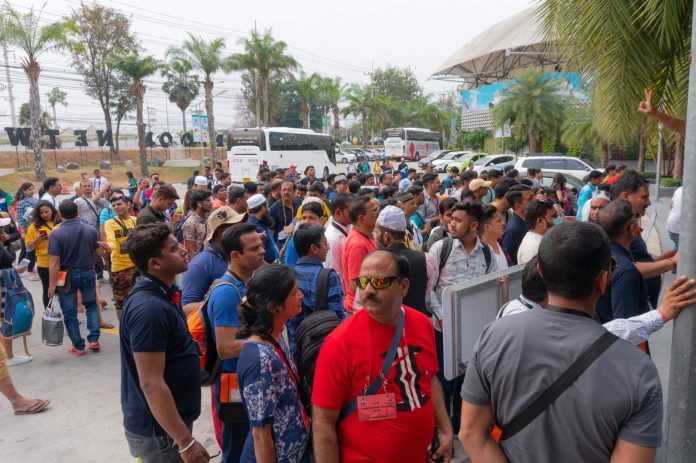 It has been a while since I have written a blog but since I see many, many comments on various Facebook groups and forums complaining why the Thai government doesn’t focus on Western foreign tourists and continues to seem to place its bets on other countries I wanted to give you all some reasons.

The following are my opinions but based on many talks with people from many different backgrounds and cultures. This also comes from multiple years of knowing people in all of these demographics and spending time at a variety of local tourist attractions and businesses, not just the view from a bar-stool.

These are in no specific order of importance. By the way, the author is a Western American and is guilty of most of these reasons himself before anyone alleges bias, etc. Also, keep in mind by no means do the reasons sum up every Western Foreigner, as many don’t fall into these categories or is how I feel, but rather how they are seen by the powers that be.

1. Western foreigners tend to complain more online, troll, write negative reviews and feedback and bicker among themselves in general. If you are bilingual or read comment threads and forums, it is mostly Western foreigners from England, America, Australia and Scandanavia complaining. In native language forums for India and Southeast Asian countries there is significantly less complaining and open infighting. This extends not only to forums but in person which brings me to number two….

2. Western foreigners are more demanding in person in general. If something goes wrong, especially Americans like myself, we complain loudly, long and demand a resolution, to talk to managers, etc. Many of the other tourist demographics will not make mountains out of molehills and or get upset over relatively minor issues. There is a reason why most news articles about a foreigner being attacked are usually Westerners, with the odd Korean and Russian here and there. The sad thing here is that for those from a Western customer service upbringing they understand that a complaint is an opportunity to fix a problem and generally a customer who cares. Because of the face issue with many SEA nationals, they see a complaint as a personal attack or an insult, when it is not.

3. Westerners have in general more of a sense of entitlement than many other countries. Everyone wants to feel important but many Westerners, including myself, want to feel the most important. For someone from a society with billions of people or a social structure that values the group over the individual like the Japanese or parts of India, this isn’t as big of an issue and you get less of the first items, complaining and more demands.

4. Westerners often want to do something their way, and not go with the flow. I am very guilty of this. We are used to things how we like it and if it isn’t just the way we like it, to hell with everyone else. Folks from some societies and cultures are often used to things not going their way, the government running everything and not having the freedoms we often do. Therefore, they tend to go with the flow easier and not complain, demand, etc. This can extend to minor things like demanding off menu items or services that aren’t on the menu and getting upset about it.

5. We often don’t spend as much as people think. There is a myth, and it is a myth, that no Russians, Chinese, Indians etc. Spend money on vacation. There are plenty of frugal and cheap Charlie’s in every country and there are also big spenders in every demographic. Some of the cheapest cost cutting people I have met in Thailand were my fellow Westerners. Some of the largest spenders I have met were from the above demographics. It is mostly true, however, that most of the Chinese, Russians and Indians don’t spend their money at bars and gogos. There is a lot more to Pattaya then the bar scene.

6. There are simply more of them then us. Thailand is focused on a McDonald’s style business, called capital turns, in which they are focused on amount of customers and how many times they can turn over a dollar vs. single high spenders. Many people don’t understand the amount of Chinese and Indians that are growing into middle class and traveling for the first time. With less complaints, demands, entitlement and drama focusing on numbers, which add up over time. If only one percent of this countries nationals spend good money, that’s larger then many other Western countries.

7. They still like package tours. Most of us westerners grew out of package and group tours decades ago. The Chinese, the Indians and some Russians have not. This makes them easy to bring from one high profit tourist attraction to another. They are brought to markets and malls where items are significantly higher than local markets but since they don’t know any better they spend here. Many of these businesses are sometimes called scams by long standing westerners here but they aren’t really scams, just higher priced businesses. The Chinese especially tend to spend a lot at these places, especially gold and trinket shops at temples they visit.

8. Even if they don’t spend money on pre-booked tours, the little money they did spend goes back to the Thai economy at various levels. It is a myth that the money doesn’t go back into the local economy. It is obvious a lot of folks commenting and reading on forums and social media groups know little to nothing about macro and micro economics. Regardless if the company is Chinese owned, and if the tour was booked and paid for in China or India at a heavy discount, the local attractions are all staffed with thousands of Thai Nationals, many who are struggling right now with the Chinese group tour ban due to the Coronavirus. These Thais depend on the attractions for their salary and livelihoods. The alcohol, licenses, gas for the buses, sheets and furniture for the hotels, the handymen, the seafood, the electric and water, etc etc are all Thai and go right back to Thailand. Even if the cheapest tourist comes on a package tour that includes, say, the Sanctuary of Truth, and spends nothing, his initial ticket helps support the local Thai workers, builders, food vendors, gas for his bus, etc. Contrary to belief, spending money at a bar is not the sole way to judge a tourist who spends good money. It is true, however, that in many cases this does not help the mom and pop style Thai businesses and rather helps the giant tourist attractions that are already raking in dough.

9. It is simply closer and more affordable for them. For me as an American to come here from the East Coast it is nearly thirty five hours door to door and a very expensive ticket. A flight from India can be a few hours and found for very cheap for a few nights. Bringing large amounts of tourists from these countries is simply easier due to the distance. Malaysian tourists have been increasing steadily in Thailand recently due to successful tourism promotions and offers and is also very close.

10. Most are not here for the red light district. I saved the best for last, but it’s true. This fact angers many of the long standing visitors and fans of the red light district but it’s true. Most Russians and Chinese have zero interest in the red light district and come with families. Some Indians have interest but middle class and business visitors are becoming more common. This pleases the powers that be due to showing the tourist attractions, architecture, religious temples, culture and other items. Sure, they might walk through the district but spending money in bars is a completely different matter. Some western foreigners would prefer to come and sit in a bar for two weeks shitfaced and never go anywhere else or see any of the country. I fall into this guilty category as well. The tourists coming here for family activities and business are generally wanted much more then the bar-stool crowd.

Now, of course, these are general reasons and there are exceptions to every rule. But this is what is most often seen and discussed as to why the powers that be go after other countries then Western foreigners. There are more reasons but this is a good beginning. Thank you for taking the time to read this.

Finally, stay tuned because very soon I will be writing ten reasons why the Thai Government SHOULD focus on Western foreign tourists.