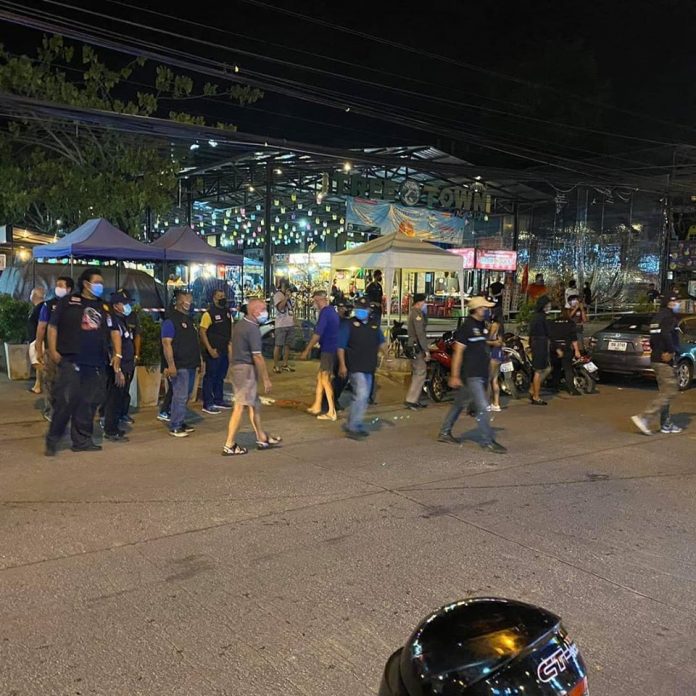 I am not a conspiracy theorist, but I never felt COVID was enough to shut almost the entire world down. I try to avoid talking about it because its a waste of space and ends up with pointless arguments, I am a strong believer that COVID isn’t around Thailand anymore and I am not against people socialising.

Tree Town has become a huge topic (see stats below) but what annoys me is the comments I have seen all over the place because people don’t seem to understand whats going on.

People have accused YouTubers (seen many post videos of tree town in the last week or 2)  a Facebook group,  individuals of creating problems for tree town,  (giving them too much exposure or snitching) but I totally disagree.  Because tree town is the only place that was happening right now for nightlife, the entire town is watching it, or at least nightlife-related people. The police are there every night, how can people be accused of snitching?  or causing issues with videos posted online or farangs chatting on Facebook groups lol.

I have lived here 12 years and I have seen many things and dealt with many problems and the more I learn, the more I realise that the authorities do not care what us foreigners think, that’s not racism, that’s just because they are disconnected to our social circles by language barriers, if we highlight a problem on the Thai news for example like rubbish, we have seen it been taken away very fast, not just because Thais read that first, but because of the complaints, comments, loss of face, friends and family reading it.

I have not heard one person complain that tree town’s recent social gathering is dangerous for society, even the most scared people now have relaxed and woke up. All I have heard is people complain that its unfair on everyone closed, owned by cops, one rule for us and one rule for them etc.

I am happy that people are having a chance to socialise, pick up girls, (or boys) have a drink every night, I am not jealous or bitter because our bars are closed, we need something to get people used to seeing people congregating again, we need something like that open and maybe other places around it may open.  (in the old days it worked like that) Tree town was our leading torch lol. I was also happier that girls had a safer place to meet tonight’s date, opposed to loitering on beach road. (I am expecting some sad trolls to take what I say out of context because COVID subjects are great materials for twisting on people)

Years ago the tree town landowners asked me if I wanted to rent space on that land, which means they probably have nothing to do with it just rent out parts, as far as I know from what people have told me, people are buying food from there, takeaway booze from a cocktail bar and 7eleven,  as far as I know, this is perfectly legal and there are no problems because it’s not a bar, no hostesses, its pretty much a food court,  so a “raid” is a strong word,  the only offense is the masses of people breaching the emergency decree and not correctly social distancing.

So for those accusing people of snitching, ruining the fun for other people, the police have eyes and ears, its been on the national Thai news because its a subject many are interested in. I’ve seen photos and videos on tons of peoples facebooks and I am pretty sure the police don’t care, but no doubt there are some Thais bashing the police on social media about no social distancing, so they have to be seen to be disbursing people occasionally. I think that general Thai people do not understand the situation either (that its a food court) and are complaining to police out of either fear, jealously, bitterness towards our type of people (farang, nightlifers, freelancers) and that wastes their time and therefore, the police will have to keep going down there to disperse people until people give up complaining,  (then at least we won one battle) I have been told the police are there at night now stopping the social gathering now, which is sad but some people will be happy that it’s now fairer.

Many food markets are very busy but it doesn’t involve freelancers and not so much farang,  therefore there are fewer complaints or eyes and ears on it 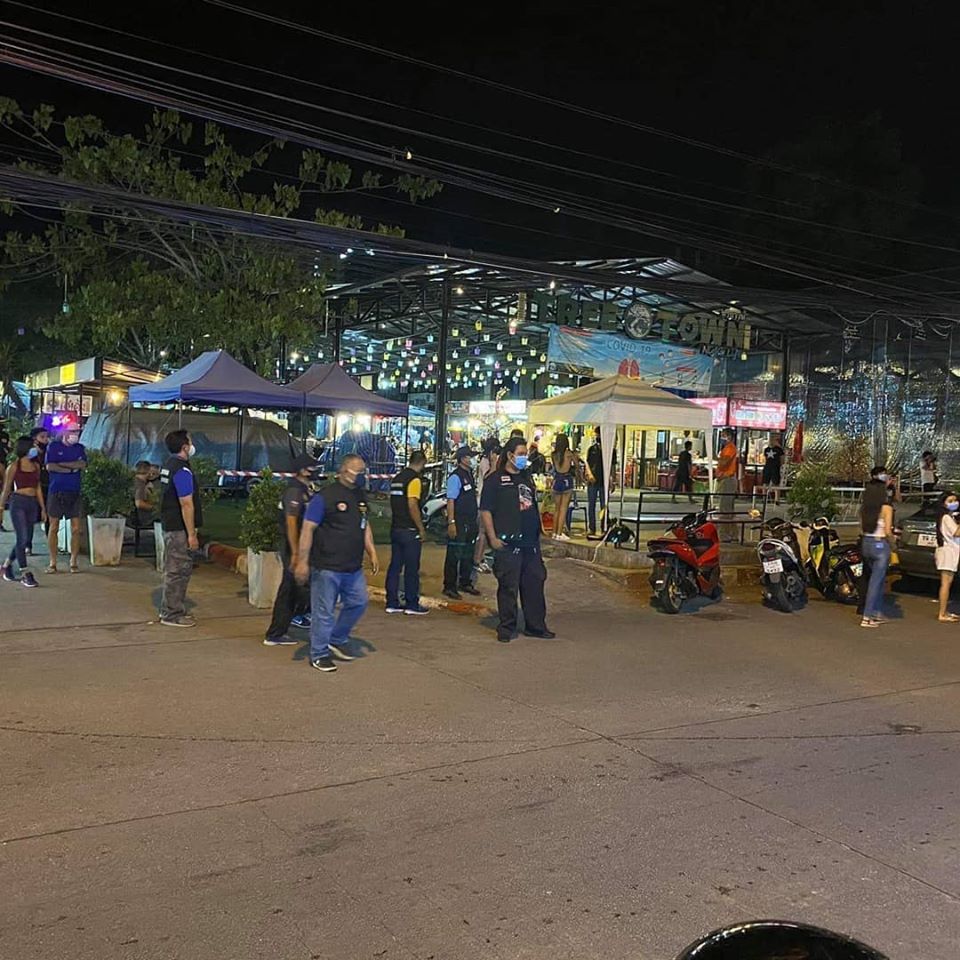 One of the most typical comments I hate seeing is when a bar is open when it shouldn’t be  (in this case its a food court) is that they must be police owned or they are paying the right people, its actually the opposite to that and not true, we know people high up and that means we get a personal phone call when we are told to close,  if we disobeyed, that would be disrespectful and lose face,  the bars that are often selling booze or open when they shouldn’t be are often flying under the radar. And as humans in all aspects in life have conflict,  if a police person owned a bar and was naughty, his rivals would create problems.

Here is what we covered on our News, just to get you up to date

“Developing story: Significant police presence at a popular market on Soi Buakhao this evening, where allegedly large groups of people have been gathering, drinking and socializing against emergency decree rules.

Police are dispersing any crowds and stopping loitering, although the market is open for take away food. Police seem to be staying put to discourage gathering and ensure the law is enforced regarding gatherings. More on this as information comes in” @ Pattaya –  The Pattaya News 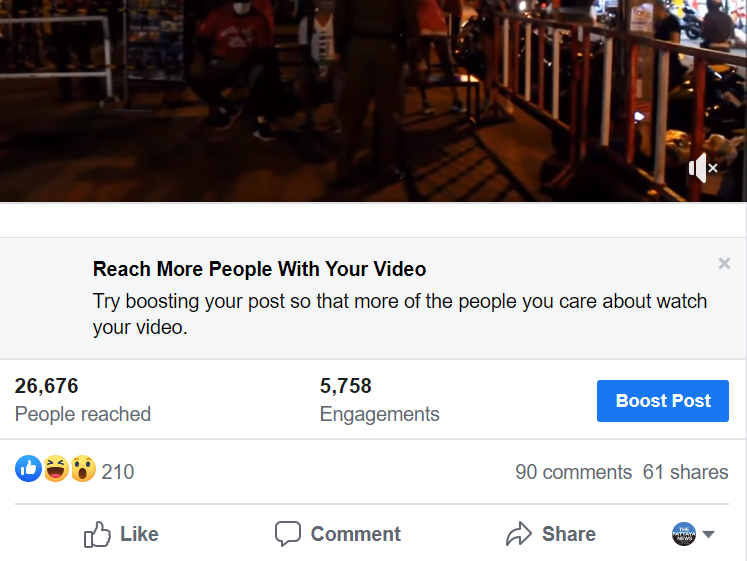 This is what it looks like tonight after all the attention and pressure to close it,  are we going to be getting more pressure from people as everyone tries to get back to normal? will the police be under pressure for a while? How long will the social media fun police be patrolling around for? 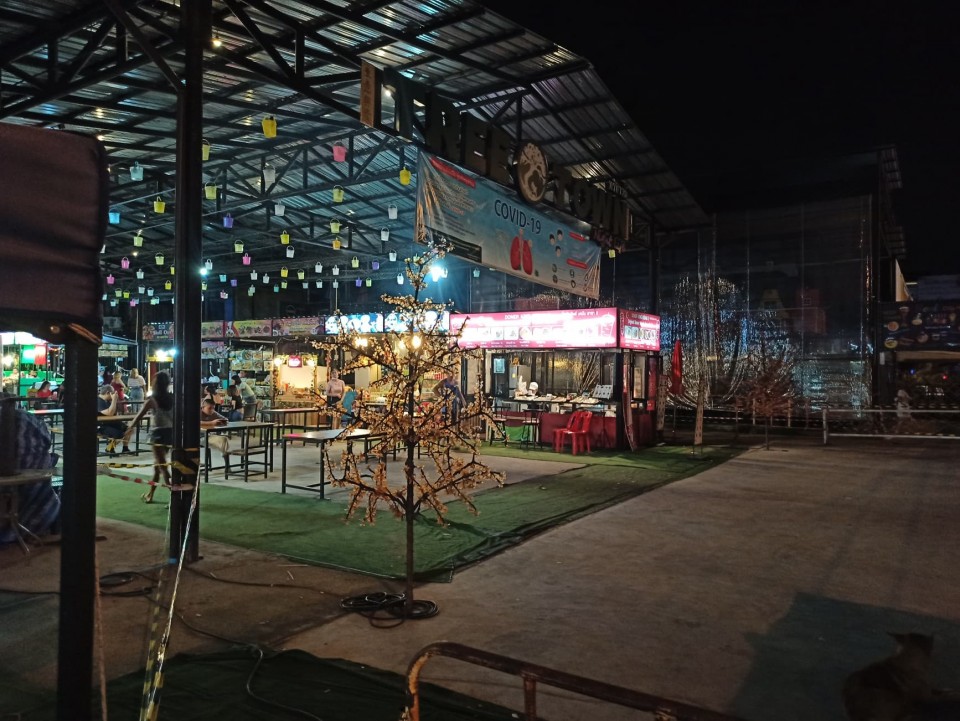 When will Pattaya reopen and “Move On”? A casual discussion about Pattaya opening proposals

Vblog: Are you a sex addict?

Two things I love about Thais compared to Westerners

A video guide to Koh Larn island with Buzzin Pattaya

The Tiger Temple in Kanchanaburi-a brilliant trip outside of Pattaya