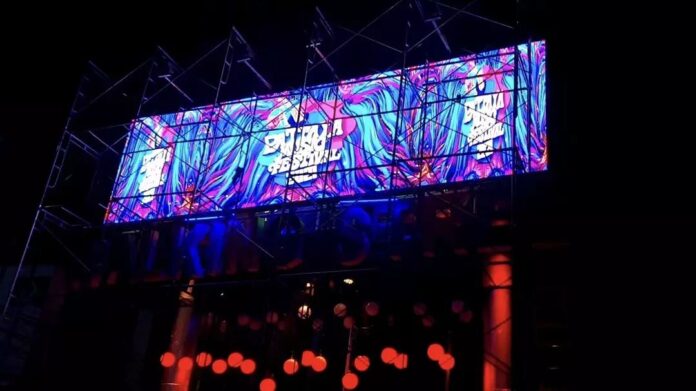 The famous Walking Street sign has had another redesign in advance of this weekend’s music festival, being topped off with a brand new LED board and lighting.

This is despite most businesses on the street still being legally closed by the Thai government due to an ongoing ban on nightlife, bars, and entertainment venues due to “Covid-19 concerns.”  In fact, even alcohol sales in Pattaya are forbidden and unlike some other parts of Thailand, the rules are still being fairly strictly enforced with reports of regular raids and costly fines to venues daring to break the rules. These rules have been in place since April 10th of this year, a shocking seven months in a row. Owners of affected venues have claimed they have had no financial support from the government either for the forced closures.

For the past year or so the Walking Street sign has had a vibrant, color style display and a welcome to Pattaya photo, but has not had an LED sign in several years. 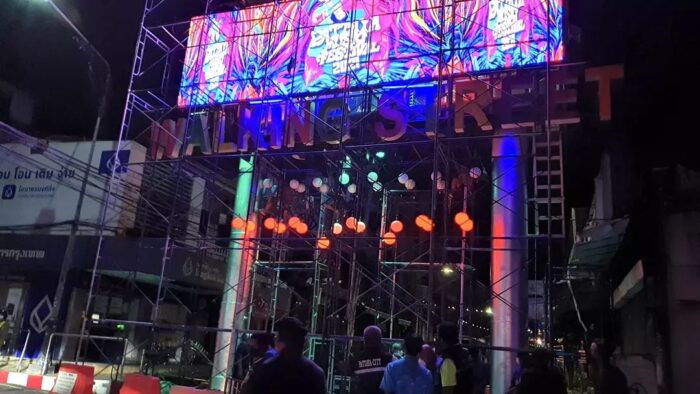 This has now changed, although the new LED sign is smaller than the previous one and is designed, according to officials, to highlight upcoming events and things taking place around the city for tourists, both foreign and domestic, vs. advertising like the prior sign.

Walking Street has also got extra lights set up across the length of the street to help illuminate the area according to Pattaya Mayor Sonthaya Khunplume. This is primarily because, as previously stated, most venues remain shuttered with lights off and there is no solid date on when they will be allowed to reopen. 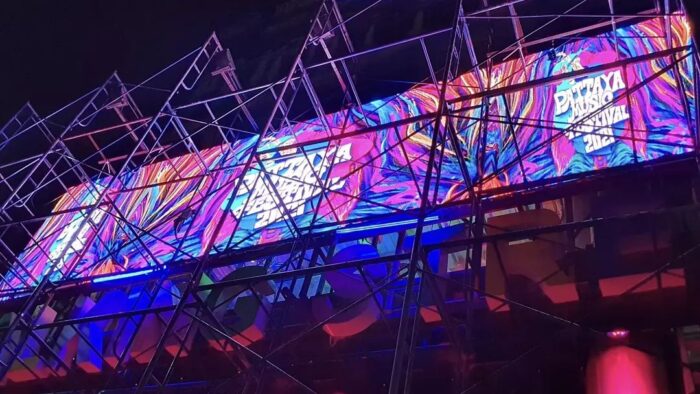