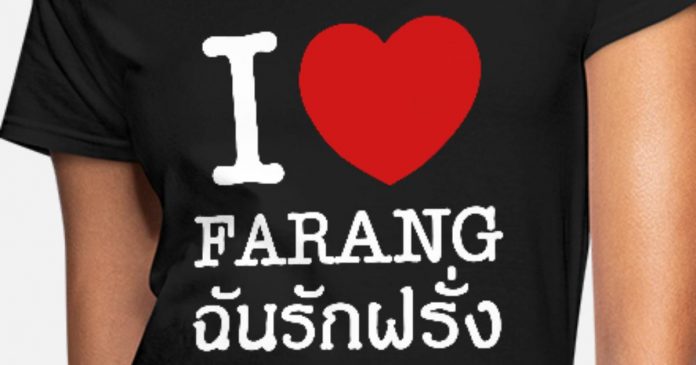 There are quite a few expats that live here and for whatever reason, some have a hard time adjusting or fitting in to society.  They won’t openly tell you that the issues they run into are partly their own fault normally but I can see no other way really.

You constantly see people on social media saying things like “This is why farangs have a bad name in Thailand” or “This is why Thais don’t like us”.  Personally, I’ve never run into a situation where a Thai has even looked at me sideways.  I have been here for nearly 7-years and never seen it myself.  Okay, so the health minister said we were all “Dirty Farangs”, why does anyone care?  What happened to sticks and stones?

So many people lost their minds over that comment and instantly started ramping up about how the greater Thai population is full of racists that hate white people.  That is hardly the case.  It makes me wonder what the complainers have done to deserve whatever treatment it is that they are getting.

I am starting to believe that people treat the Thais less than human and then get upset when they get the same treatment in return.  Thais are proud of being Thai and very proud of their country.  It doesn’t matter that you happen to come from America or Canada or the UK where you are born and have everything.  A large majority of Thais come from nothing and still have more patriotism than many westerners.

I am legitimately curious as to the horrors that some of my expat counterparts speak about on their social feeds.  How many people have actually experienced some kind of white people racism since they have been here?  Do the old bone bags actually have a leg to stand on when it comes to the “Thais are racist” argument?  Personally, I don’t think so.

I don’t believe that Thais look down on white expats or tourists.  For many years we were the number 1 source of income for Thailand.  Just because you happen to see a few more Chinese or Indian tour buses does not mean that they now suddenly hate everyone with a pasty fair complexion.

Many of the relationships you make in Thailand will be based on first impressions.  If you make a fool out of yourself and act like a drunken idiot, chances are that they will look at you a little sideways.  Take time to get to know the Thais around you.  Learn a little bit of the language so that you can actually hold conversations with them and you may be surprised to find that they don’t actually despise us.

There are some complainers out there that really just need to pack their bags and head on back to their country of origin.  They have lost the spark that they had for this city and go out of their way to talk bad about it and do it harm.  This is the only place in the world where old pessimistic d*ckheads hope that people’s businesses fail.  What kind of sense does that make?

If you no longer love Pattaya, WHY DO YOU STAY?  Is it because you fear going back to a normal life without a fit young girl that will jump your bones for a few baht?  Is it because back home you are a bigger loser than you are here?  I know many people that have no problems at all when they are here for extended holidays and I know even more that live here without all of the drama that everyone bitches about online.  So if you are one of the complainers, what is your story?

Respect the Thais and their beautiful country that so graciously and patiently hosts us and you may see that what needed to change isn’t actually the Thais, but yourself.