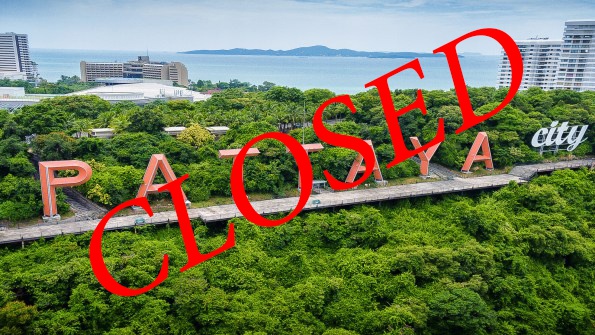 Quite possibly one of the most obvious statements of 2020 here in Pattaya because even Stevie Wonder saw this coming. The owners of businesses here in Pattaya are starting to become very concerned as the international visitors are still not allowed to fly into Thailand. The future looks grim also because there are no plans to life theses restrictions.

For those of us who are living in Pattaya, it may seem like a double-edged sword because the nightlife, although quiet compared to last year, is more than enough for the reduced numbers of fun seekers.

Some have compared it to the crazy 1980’s when we were physically pulled into the bars by the excited hostesses and it certainly has become a buyer’s market for resident expats.

But on the other side of the coin, if these places are going to start closing down, Pattaya and it’s tourism-based business could be on the brink of disappearing.

According to statistics, around 80% of the city’s income comes directly from tourism and hospitality-based businesses. It was ranked as the 15th most visited destination on the planet last year and it is highly unlikely ever to reach that status again even if Covid-19 eventually beats a retreat.

Experts are estimating there is 6 months left and that doesn’t allow for much breathing space.

Thai locals and expats/retirees are doing their best to help out but as they can only make up for 20% of lost income, it’s not nearly enough.

Question – If you are a local expat, will you hang around once this candy shop is forced to shut down?

Thai borders not to open for tourism until 2021?

Phase 4 rules out Clubs and Pubs

There’s no Fool like a Fool in love (in Thailand)

Oops, They Did It Again – A Return To Normality?

If not Pattaya, then where?

Patient Ejected from Ambulance – Is Thailand back to normal already?

Alcohol Prohibition To Be Lifted, At Least For Now!

Opinion: Is Thailand getting it right with COVID-19?