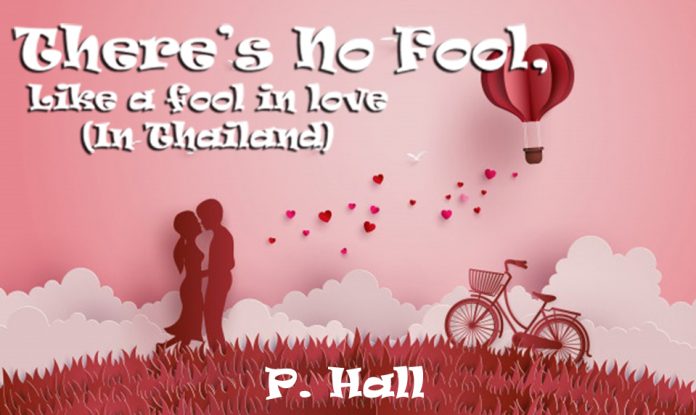 According to various reports, an Austrian man has recently learned the hard way not to trust his heart in matters of love. The disabled man, referred only to as G.P, believed that he had found his true soulmate whilst enjoying an online relationship with a lady from Chiang Mai.

Many of us have tried online dating with Thai ladies and, usually, it’s a waste of time. We either get hit with the ‘sick buffalo’ story early on or just work out that the person on the other end is a classic Catfish example just looking for a quick baht, or million…

Not so with poor B.P, he literally bought the whole farm, and then some!

There’s plenty of urban legends doing the rounds about these suckers, and there can be no other word for them, who eventually wake up and smell the chloroform.

In extreme cases, the sponsor can end up chopped into pieces and thrown into the nearest lake or reservoir.

G.P was lucky in some ways because he lived to tell the tale but his bank account will most probably need open heart surgery to survive this unfortunate scam.

Flashing his Euros like a 2 week millionaire on steroids, the daft would be Romeo bought ‘Juliet’ a Benz, another car and a silver shop after meeting the lady in person.

After sealing the deal, G.P returned to Austria with plans of a perfect future with his new lady. The only fly in the ointment seemed to be  a Thai man who appeared on the scene claiming to be the lady’s brother.

Indeed, he was always there when they went to the restaurant and usually ate and drank like it was going out of fashion.

Eventually, and it’s no surprise, the money for the shop wasn’t actually used for the purchase and the Thai man, who was obviously her husband, did a runner with Juliet into the night.

10 million baht down, poor G.P is now speaking to the authorities with the hope that he can regain some, if not, of his life savings.

He has two hopes and one of them just left town, the other was a comedian/actor who died in 2003.

Question 1– have you ever been ripped off by a bar girl or an online romance scammer?

Thai borders not to open for tourism until 2021?

Phase 4 rules out Clubs and Pubs

Oops, They Did It Again – A Return To Normality?

If not Pattaya, then where?

Patient Ejected from Ambulance – Is Thailand back to normal already?

Alcohol Prohibition To Be Lifted, At Least For Now!

Opinion: Is Thailand getting it right with COVID-19?